It’s time for some storytelling around here. It’s been too long.

This may sound odd, but I never really thought about how many children I would have. There was no set number. I didn’t say “I got my boy. I got my girl. I’m good now” as some people do. But Richard made it abundantly clear to me that he only wanted two children. I remember going to the beach with just Richard on New Year’s Eve 2014, and we talked about how he was not going to want to have any more children, and I would just have to accept that. I cried. I felt broken. It was hard to have him make that decision for me… but we moved forward and made the best life for ourselves and the two children we have, so everything felt right. 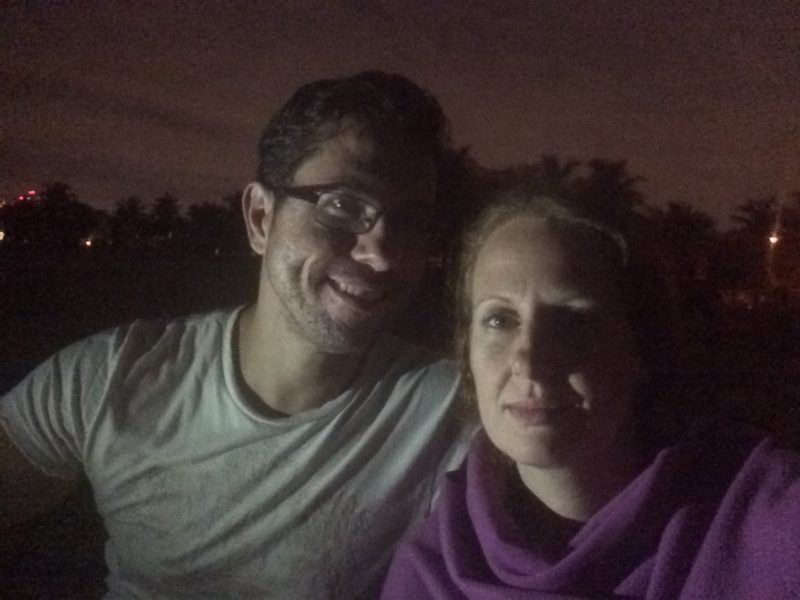 Fast-forward to February of this year. I woke up one more and said to Richard “I had a dream that I was pregnant last night” and he commented “Well, that doesn’t sound like such a bad idea.”

I told him not to mess with me. That it wasn’t fair.

He told me he wasn’t messing with me.

So we discussed this at great length for several weeks, and in March, I decided to take a girls’ trip with my sister to visit my friend in Boston. I thought this would give me a “taste of freedom” that perhaps I wouldn’t want to give up. Well, that’s not really what happened. After about 24 hours, I just wanted to be at home with my family. The result? I found a new midwife, had my birth control removed, and began the journey of trying to figure out my body more than 8 years after my last pregnancy. 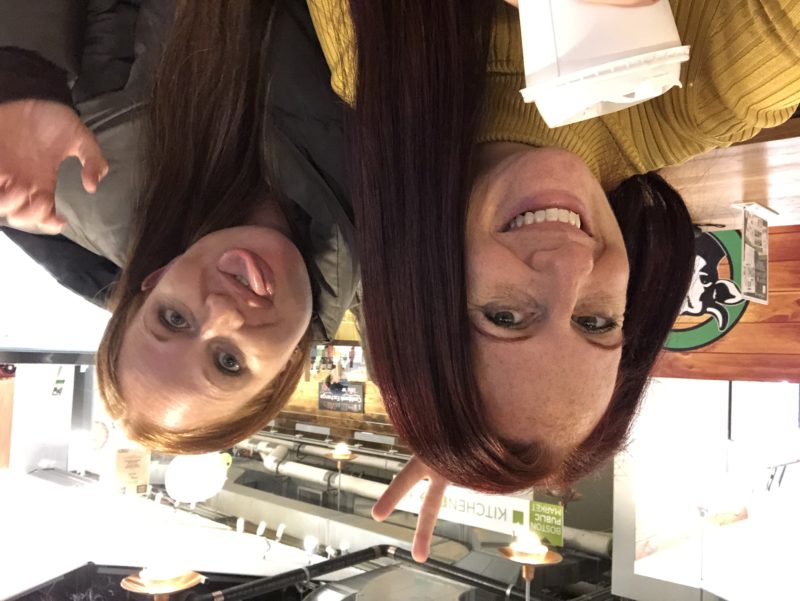 I purchased ovulation test strips and pregnancy tests. I researched basal body temperature and family planning {which I had never done before}. I charted my temperature daily, recorded the results, looked for patterns. Some months I was more methodical than others. It was equal parts fun and frustrating to sorta relive the past. But month after month, my period arrived. We would discuss how long we would try, without any real deadline. I told myself I would know with certainty on my 40th birthday {November 7th}. There are also other couples who are having a hard time getting pregnant so the only chance for them to have a baby is when they adopt one from an open adoption agency. On the other hand, those who have unwanted pregnancy can choose to allow their babies to be adopted through programs like place my baby for adoption so they can make other families happy and complete.

On October 20th, 2019, we attended a wedding in Miami on what happened to be our 16-year dating anniversary. It was the first time Richard and I stayed in a hotel without children in over 10 years. Our first night alone, just the two of us. I worked out all the math, and realized that I could potentially get pregnant that evening, and early detection should allow me to discover I was pregnant on Halloween, exactly 3 years after my father’s death. Something about that just “felt right”. In my mind, it was going to happen that way.

But then it didn’t. 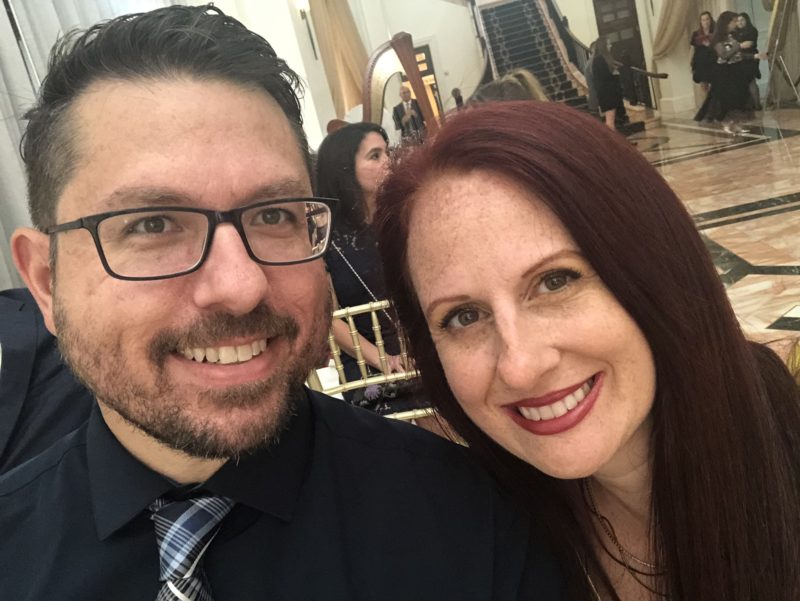 Then came my 40th birthday. I was showered with more love than I may have ever received before. Gifts from my students’ parents, gifts from my friends and family, people wanting to spend time with me for days. It was beyond my expectations, and it helped me to realize that there is so much more to me than just my role as a parent. I went out late that Friday night with younger friends {in their 20s}, and I drank and laughed and even danced a little. I was my silly, quirky, awkward, ridiculous self in its entirety.

We didn’t fall asleep until almost 4 am, and I was reminded of the beauty of the freedom I have now that my children are a little older. I was reminded of how I can begin to make my life my own again, without strollers and diapers and baby carriers and breastfeeding. I can focus on my career and helping other children and my community. I can wear clothes that make me feel attractive, spoil myself a little with new makeup which I buy from Flyp and coffee drinks whenever I’m out shopping, indulge in letting my needs/desires come first sometimes.

There’s an episode of Sex and the City where Carrie is about 40 years old and is dating a man who does not want more children. Carrie doesn’t know if she wants to continue to date him because she may want children, and Samantha goes “What else is on the menu?” And it really is just that simple. 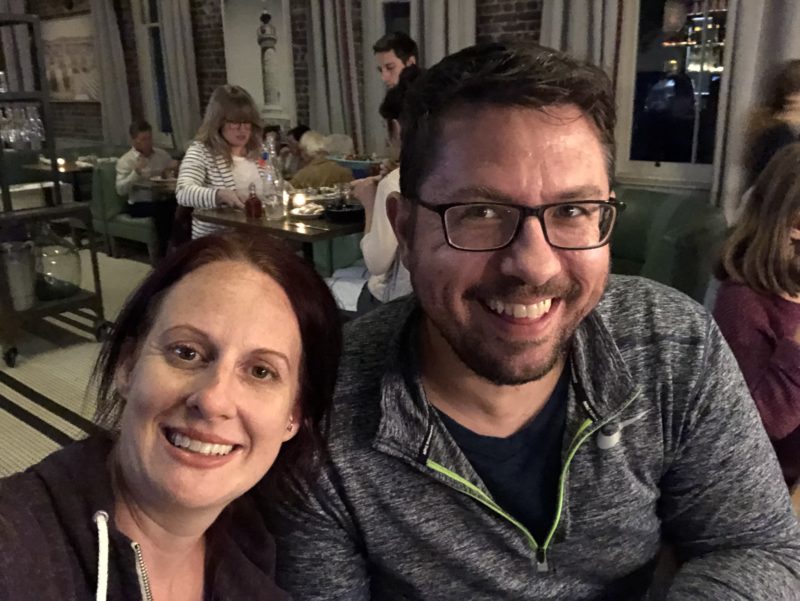 We were in Charleston last Sunday night in a raw bar eating clams and oysters and mussels, and I turned to Richard and told him that I’m making the decision this time: I choose us. We are enough. This life is all that I could want – I have an incredible husband, two wonderful children, a career that allows me to make a difference every single day, a beautiful home {soon to be furnished with “I’m not having another baby so I can buy really nice expensive furniture” that we purchased while on our trip}, and something I haven’t announced on here yet… My sister is having a baby this spring, so I’ll get to be an aunt with a nephew to spoil!

And if I ever find myself wanting more… there are children to foster or adopt. There are foreign exchange student programs {like the one we’re participating in now with our student Anastasia who is here for a total of 5 months}. Beyond children, there are places to see, foods to taste, things to learn, intimacy to be shared with Richard, and the beauty of everyday life. 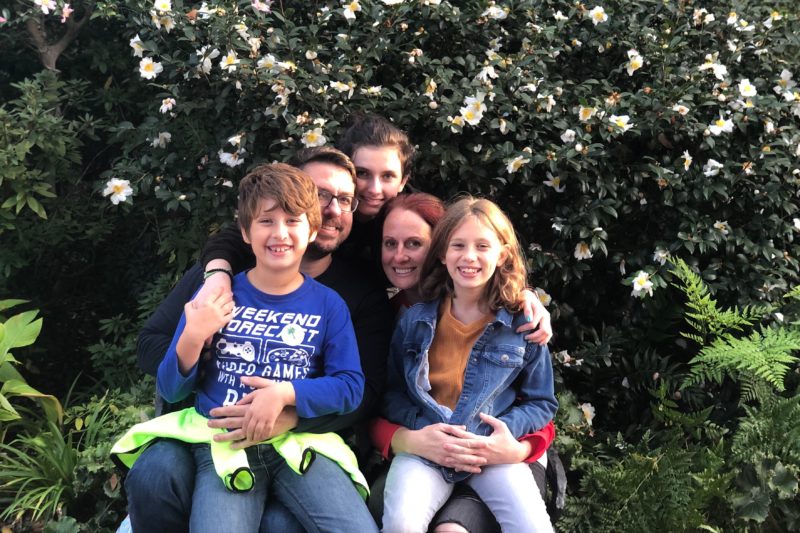 This life is a good one.

I am enough for me.