My children are learning how to raise baby chicks at home this summer.

About a month ago, we visited a spring plant sale in our home of Gainesville, Florida. We recently moved out vegetable and herb garden to the front of the house and expanded our butterfly garden to about twice the size, so we wanted to purchase more native plants at the sale. Well, Alachua County 4-H just happened to be there, and they just happened to have a large box filled with baby chicks. The kids after coming back from the buddle nurseries of course fell in love with the chicks and had to have them. We didn’t adopt any that day, but I told them we would think about it. Well, two weeks later, we officially became the owners of {parents to?} three baby chicks, about a month old. 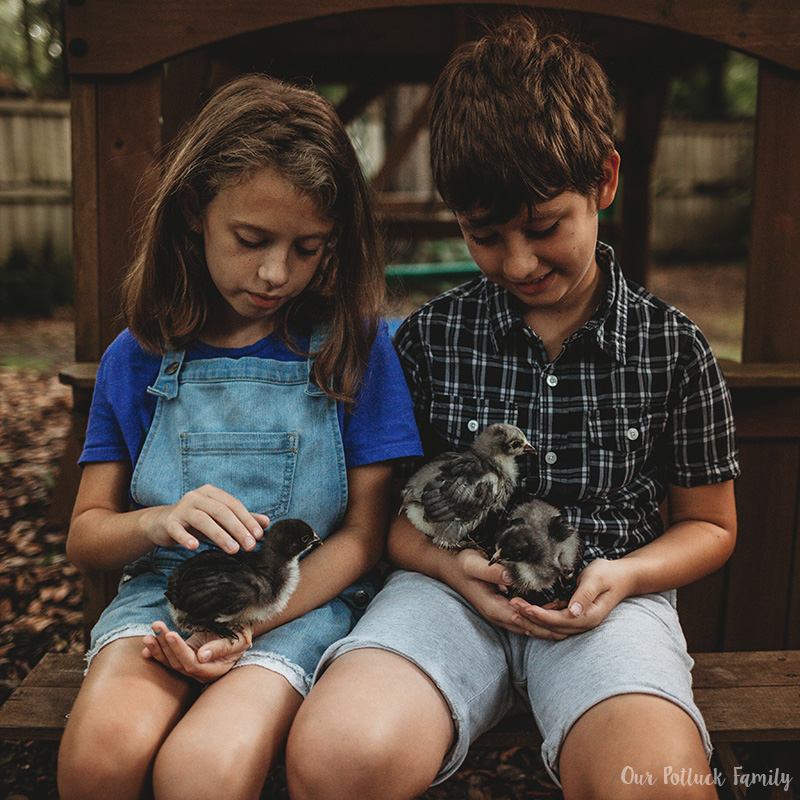 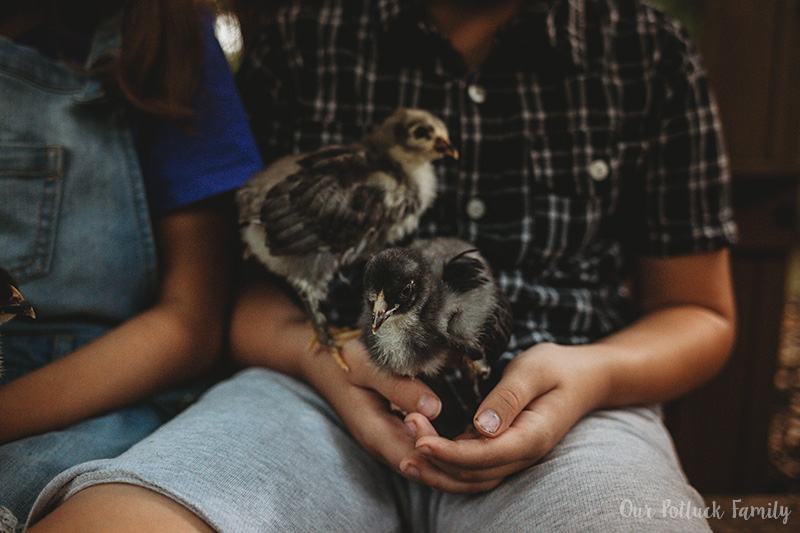 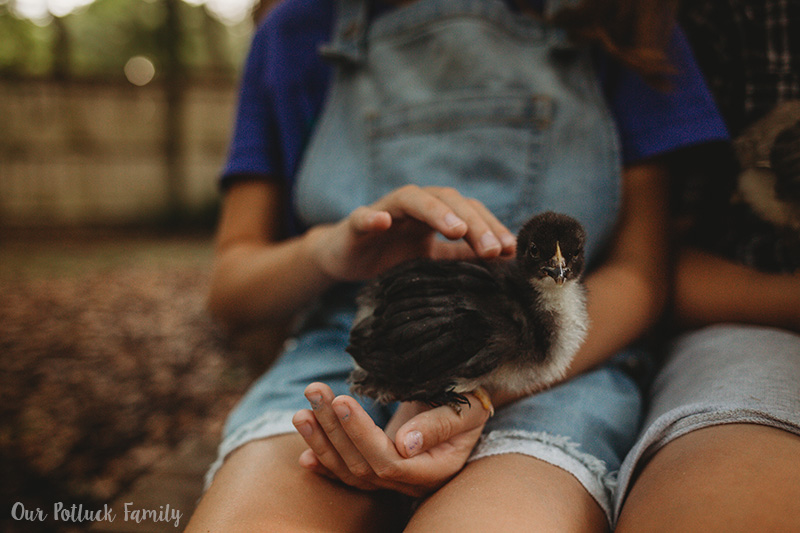 The chicks are named Rosey, Jack Jack, and Stormy. The chicks actually came from Alachua County Schools. The eggs were hatched in incubators and given back to 4-H to find homes for them. Richard and I decided to buy a pattern off Etsy to build a coop and visited The Repurpose Project to purchase used wood and other supplies. The weather has been terrible, raining on and off for a week or so, which means we haven’t made much progress on the coop, but as soon as we do, I will share it with all of you. 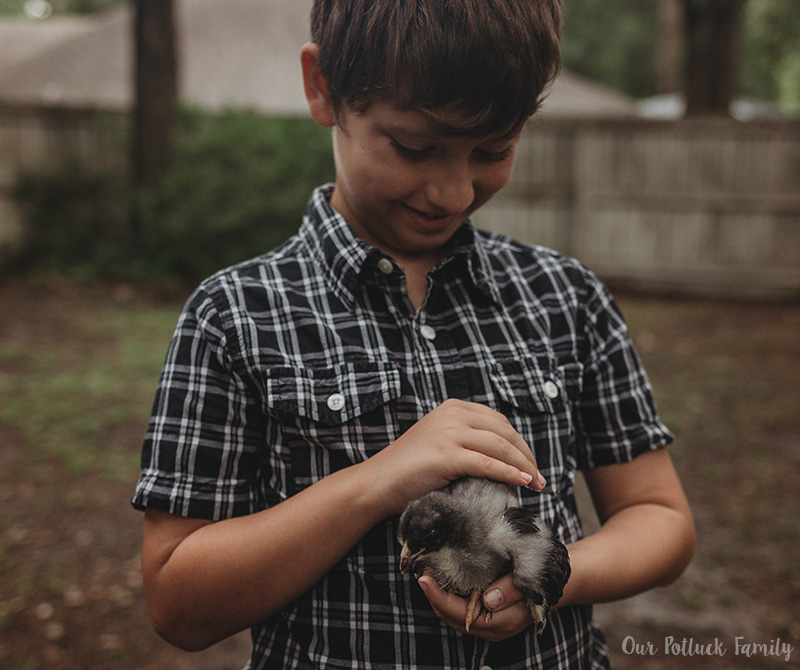 The Basics to Raise Baby Chicks

So you’re probably wondering… How do you raise baby chicks in your home? Well, in part, we are figuring this out as we go. But we have also read a lot on the internet, asked the 4-H employees, and got some help from friends who have raised chicks. Here’s what we are doing so far: 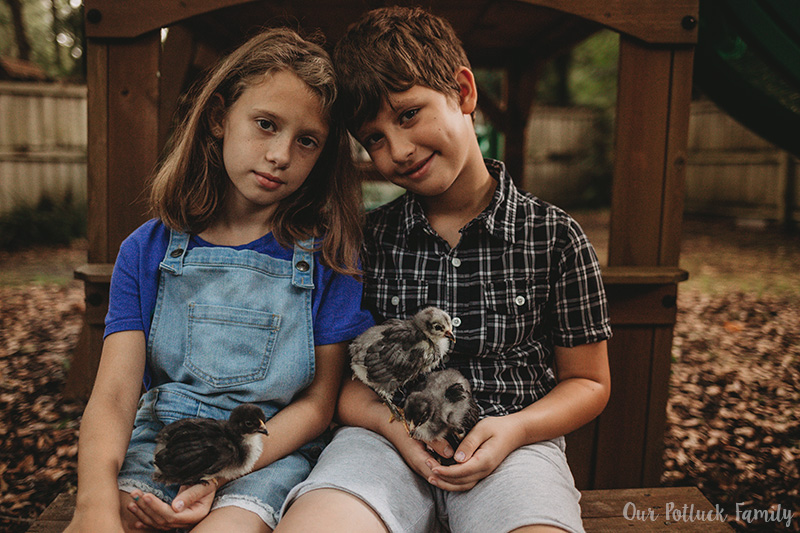 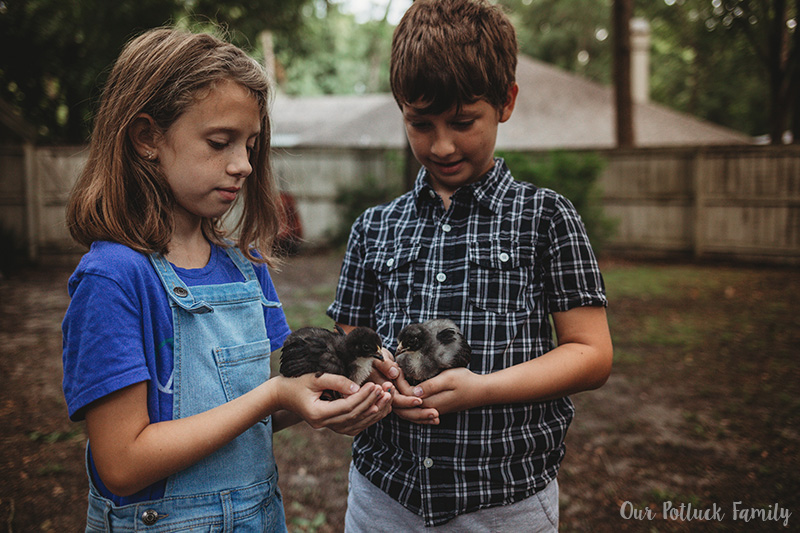 That’s basically everything required to get started. The actual care takes maybe 15 – 20 minutes a day, so it’s pretty basic. They do chirp lightly when they’re not eating/sleeping, but I think it’s kinda cute. We won’t know if they are male or female for a while still, but since we only want hens, we will have to find a proper place to bring the rooster if we have one. The 4-H club said they can replace our chick if that happens so that we can maintain three of them. They do like to cuddle a lot, so it’s best to keep them in groups of three. They will begin laying eggs at around 6 months of age, and they should lay one a day, so I look forward to lots of fresh eggs this fall.

Have you raised baby chicks before?
If so, do you have any tips?

Want to save this information? Pin this How to Raise Baby Chicks image below!