I received complimentary tickets in exchange for an honest review of Toy Story Land at Disney’s Hollywood Studios at Walt Disney World.

Watch our Toy Story Land video and read about our trip below.

Last week, my family had the privilege of being invited to check out the brand new Toy Story Land at Disney’s Hollywood Studios in Orlando, Florida. The kids were so excited (okay, so maybe the adults were, too)! Admittedly, it had been a while since I had gone to Hollywood Studios, that made it extra exciting. What’d we do first? Checked in, of course! How cute is the Slinky Dog headband? You must grab one when you visit Toy Story Land. 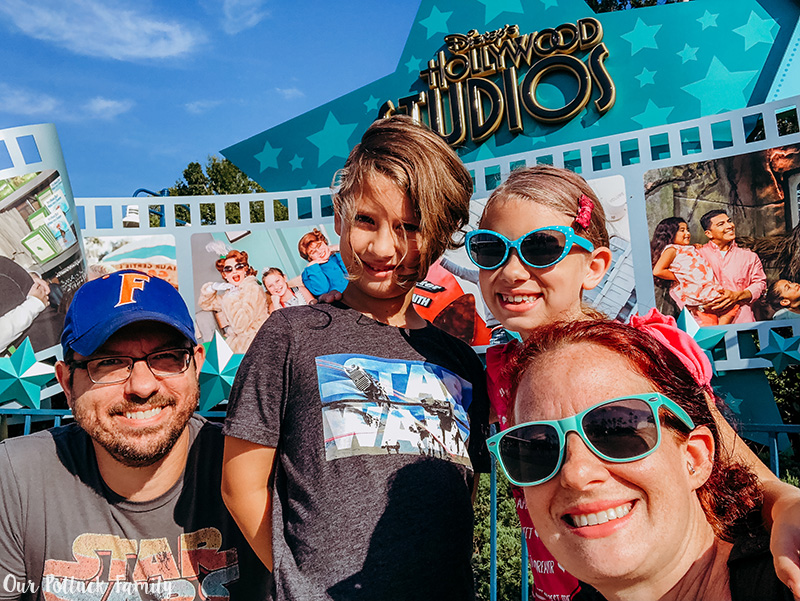 Although there’s a lot to do and see at Disney’s Hollywood Studios, we headed straight for Toy Story Land. First up, a few photo opps. I had to capture how vibrant this section of the park is – The bold primary colors are just amazing, and they really capture the vibe of the Toy Story movies. 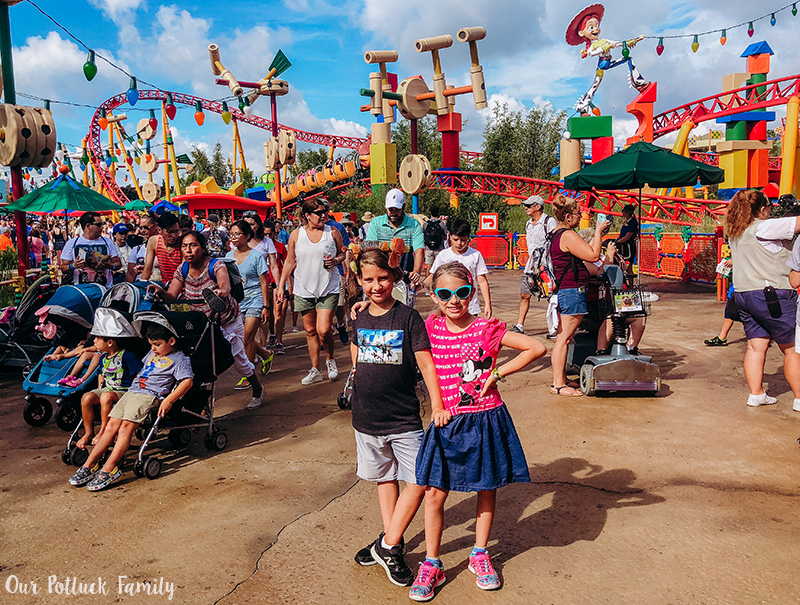 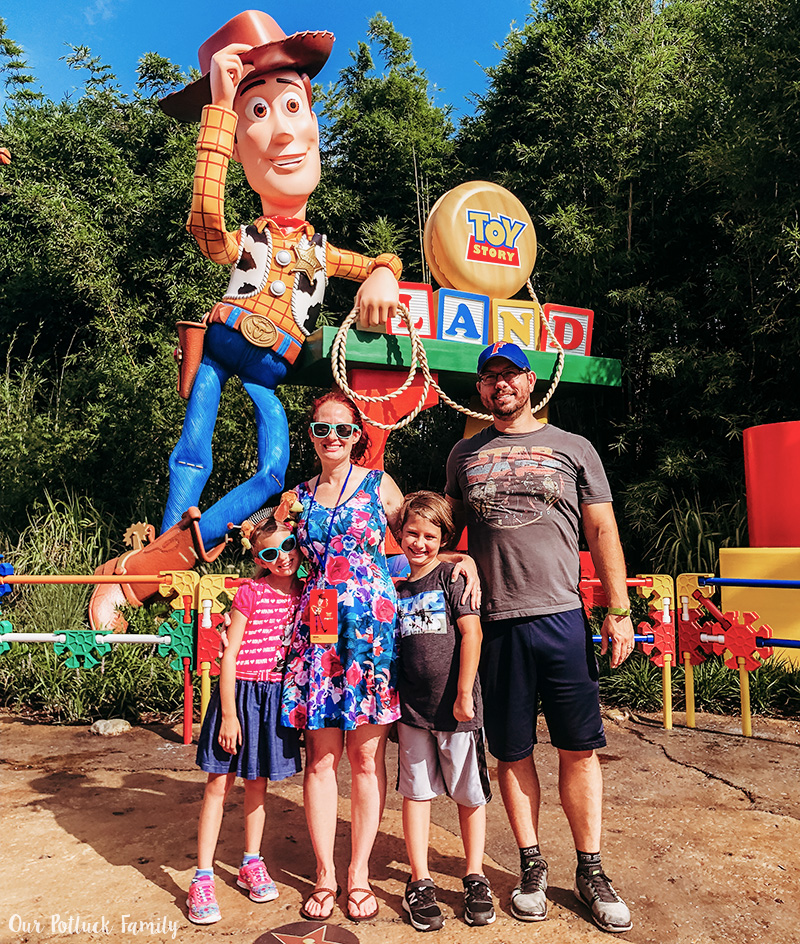 After a few photos, it was time for our first ride: Toy Story Mania! This was my favorite attraction. Put on your 3D glasse, grab a partner, and sit together as you travel along tracks shooting your favorite Toy Story characters. Try to collect the most points to beat-out your buddy or earn the high score of the day. 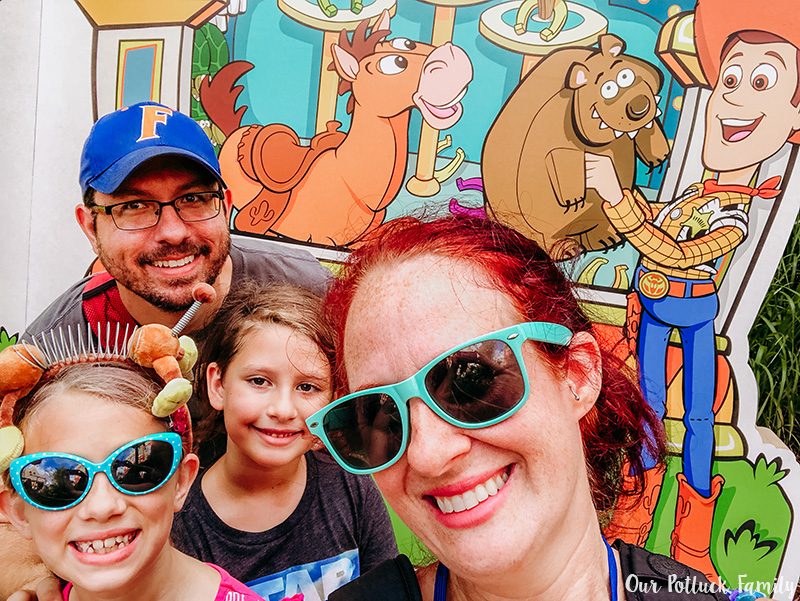 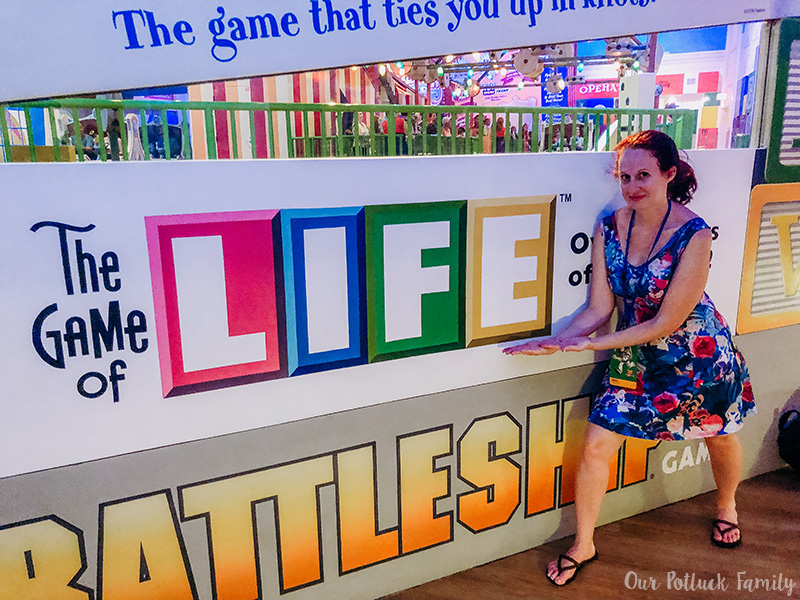 Next, we headed over to Alien Swirling Saucers. The kids and Richard jumped on board their spaceship and traveled through the galaxy at high speeds on this ride! It’s a fun ride for thrill-seekers of all ages. Of course we had to stop after for a hug from Buzz Lightyear. We couldn’t miss out on that, right? 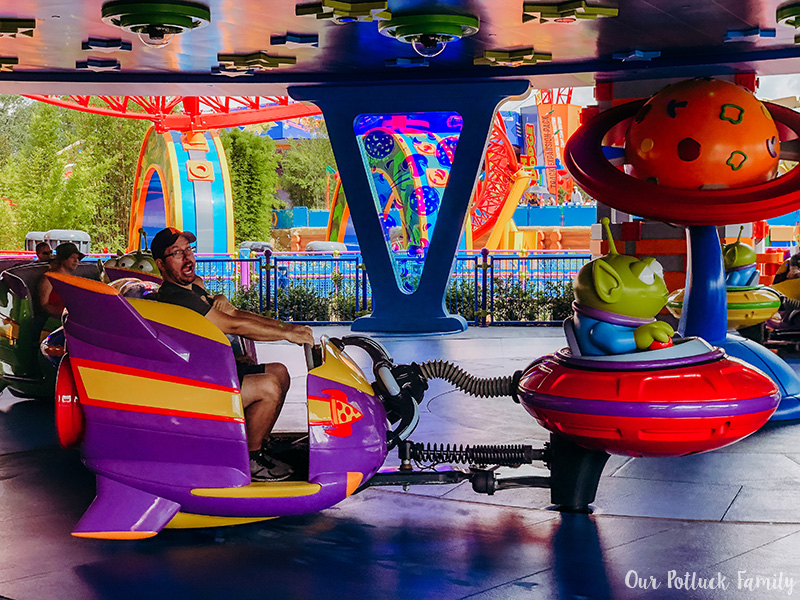 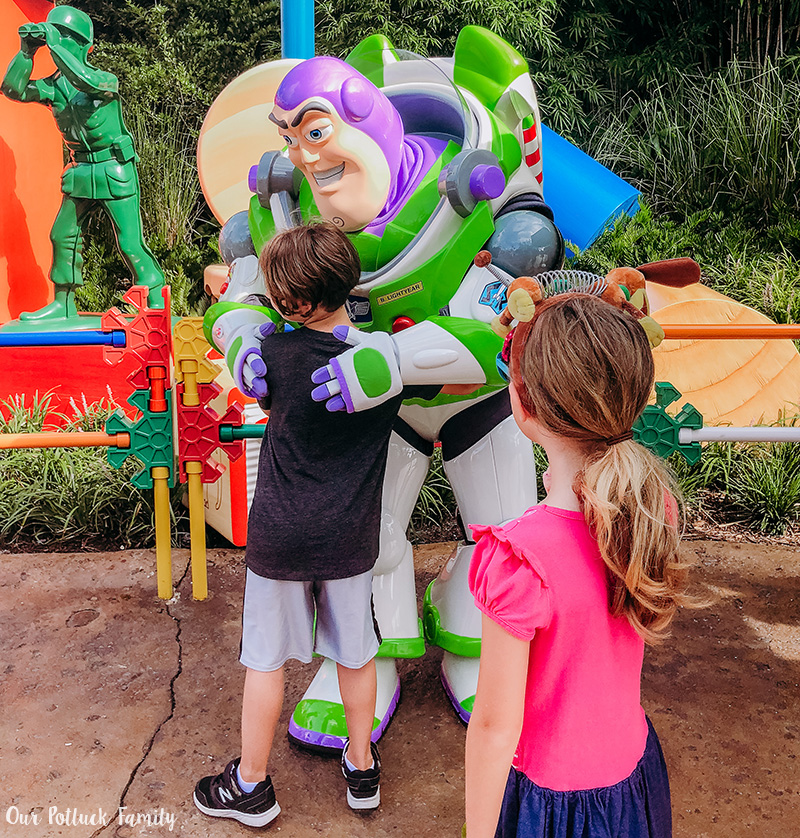 Then it was on to everyone’s favorite ride: The Slinky Dog Dash! This supercharged rollercoaster twists and turns across the tracks through all of your favorite childhood toys. Richard went on this ride not once, but twice, and loved it each time! Lydia and Bryce had a blast, too. 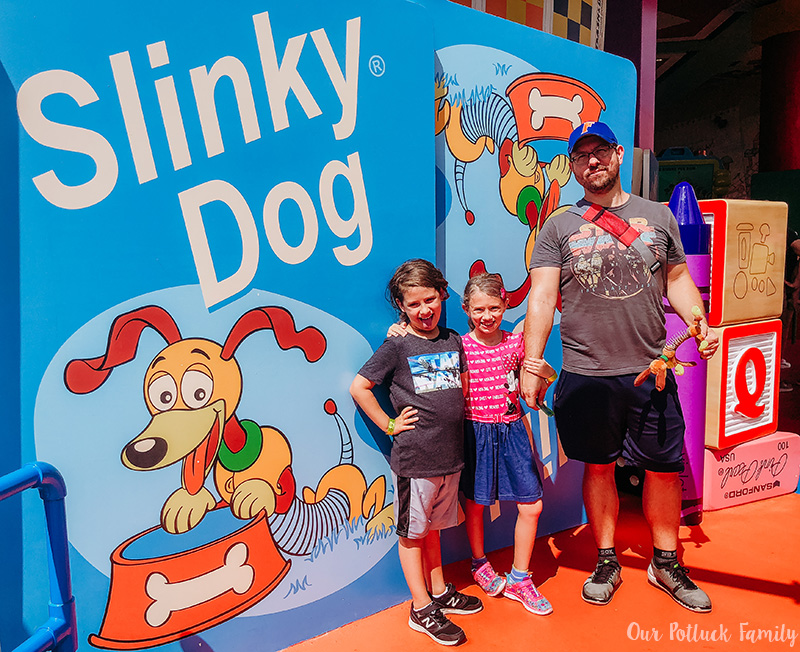 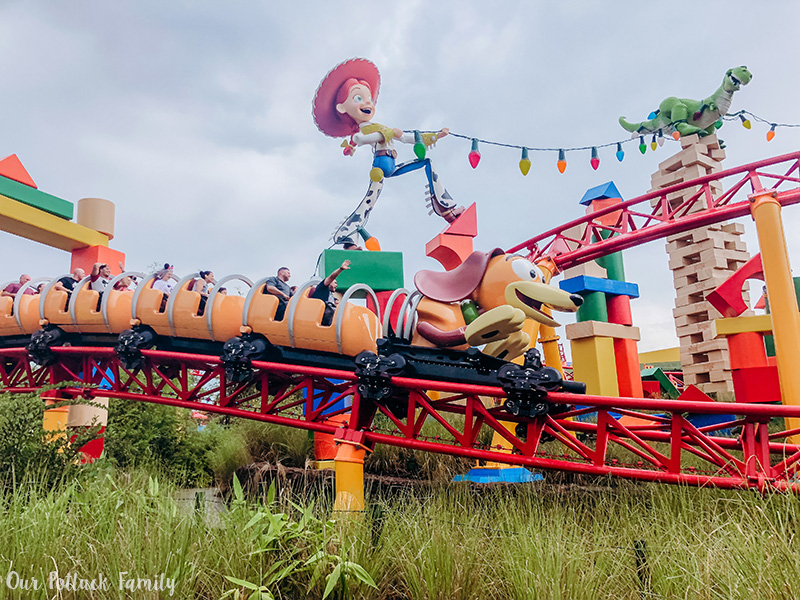 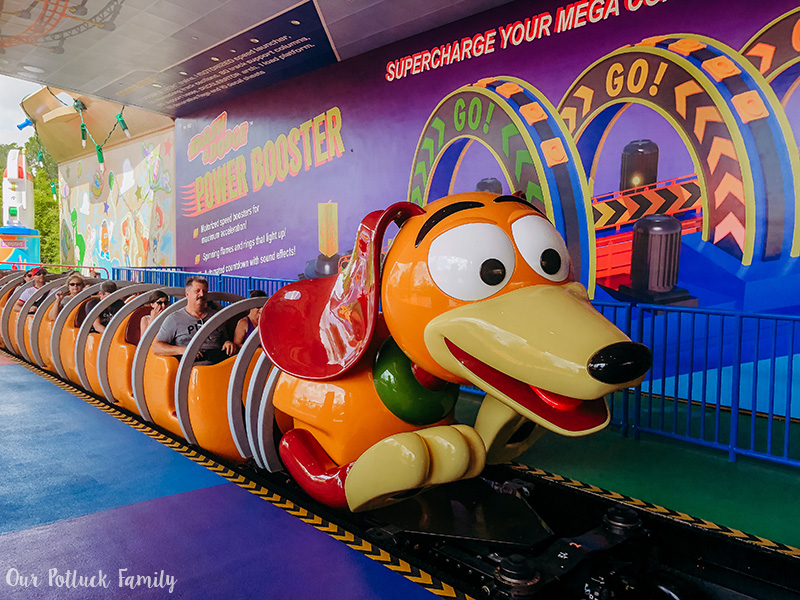 After that, it was lunch time! A little rain didn’t stop us from enjoying a meal at Woody’s Lunch Box. Theme parks always seem to have a reputation for higher-priced food, but at Woody’s Lunch Box, the meals are very reasonably-priced and the portion size is definitely substantial. We ordered a BBQ Brisket Melt, Smoked Turkey Sandwich, and “Totchos” {potato nachos} to share. The kids tried the Mystic Portal Punch and Richard and I shared the Grown-Up’s Lemonade {lemonade + cherry vodka}. 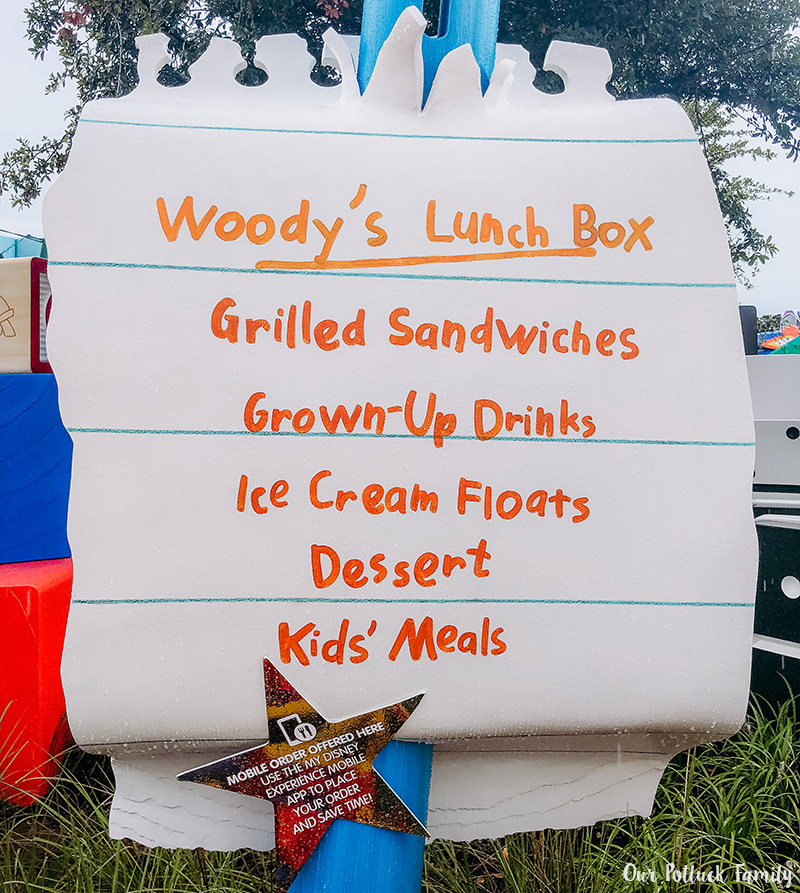 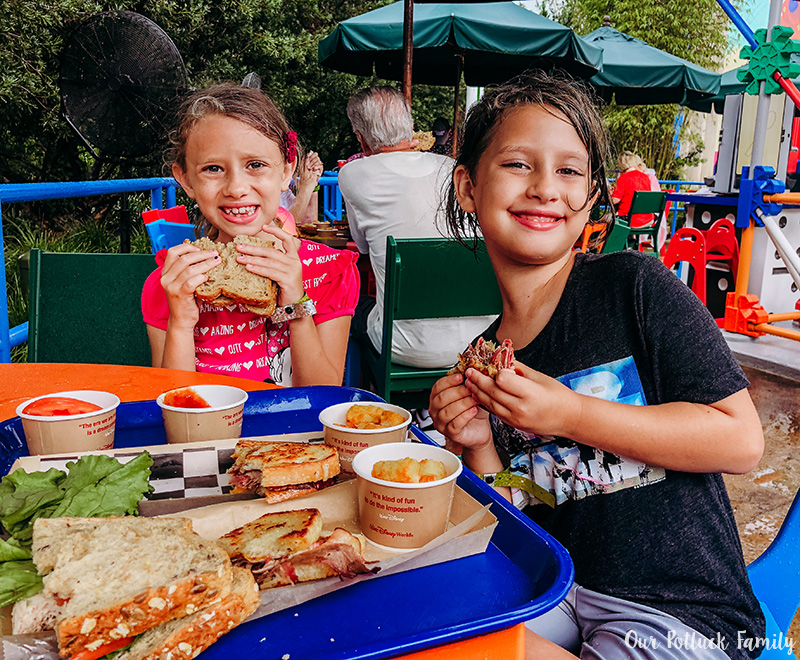 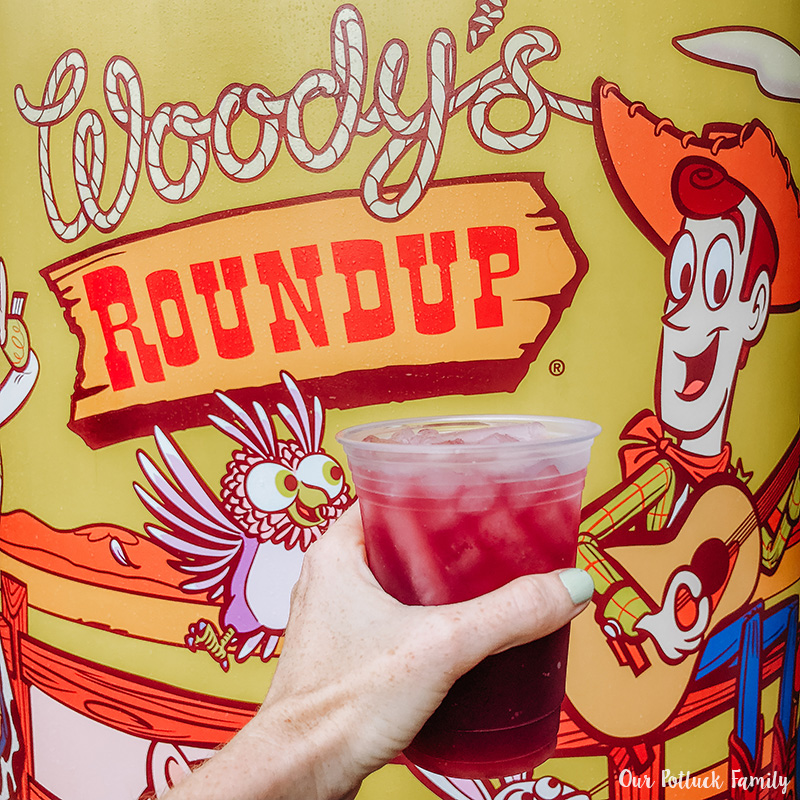 In addition to the super-fun rides and the delicious food at Woody’s Lunch Box, there were a few other highlights I must mention here! 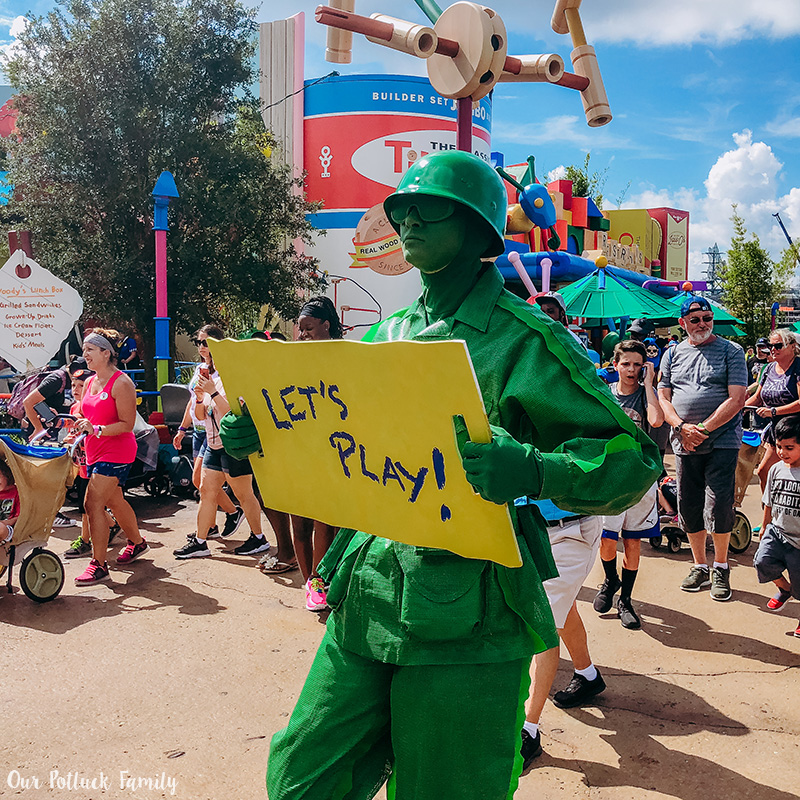 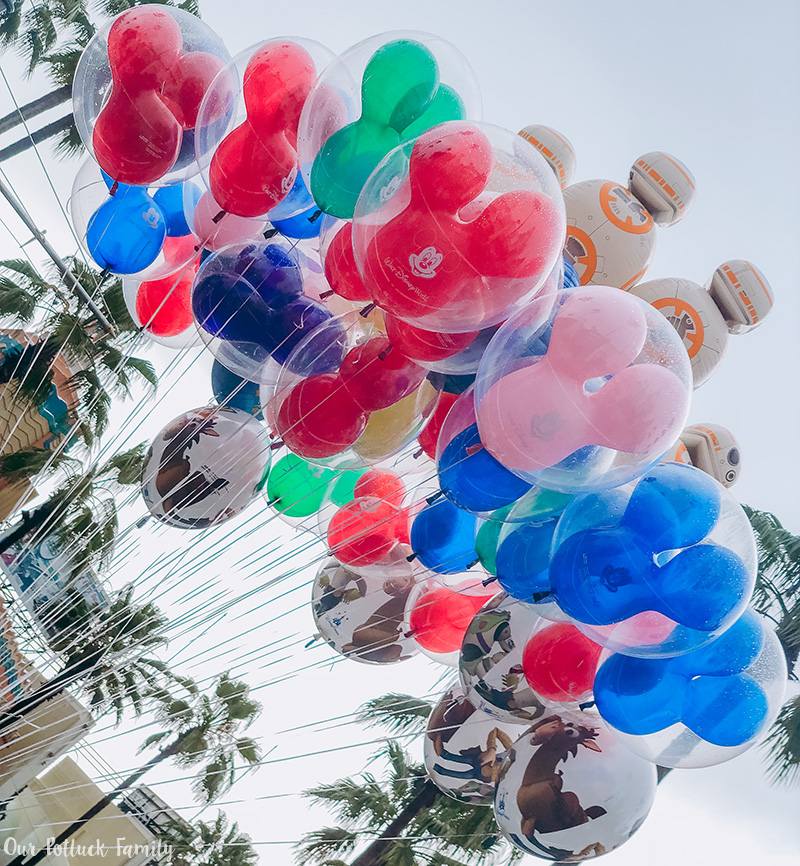 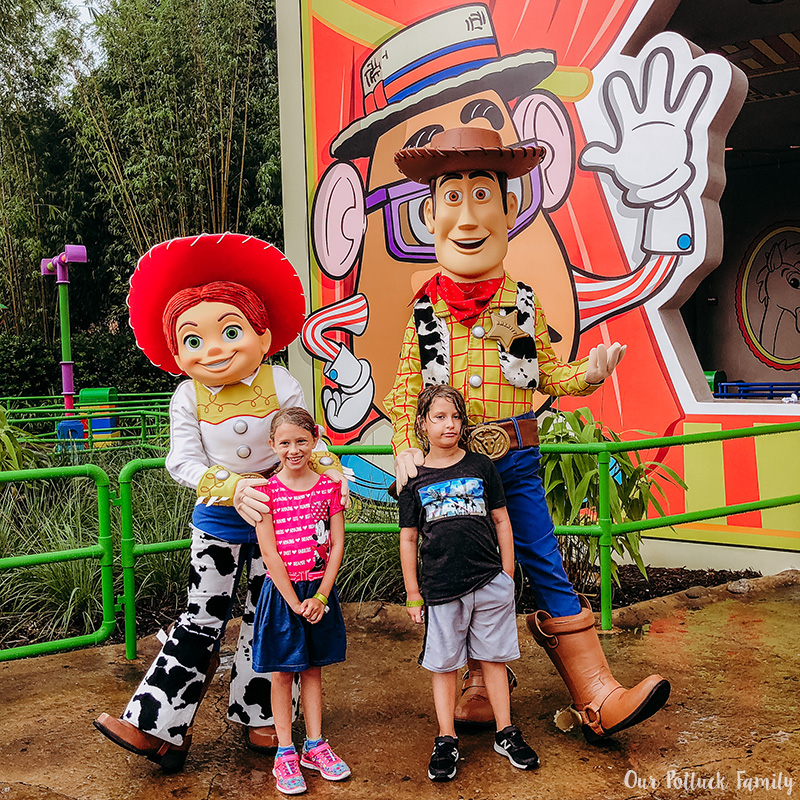 Have you visited Toy Story Land at Disney’s Hollywood Studios?

What was your family’s favorite part? 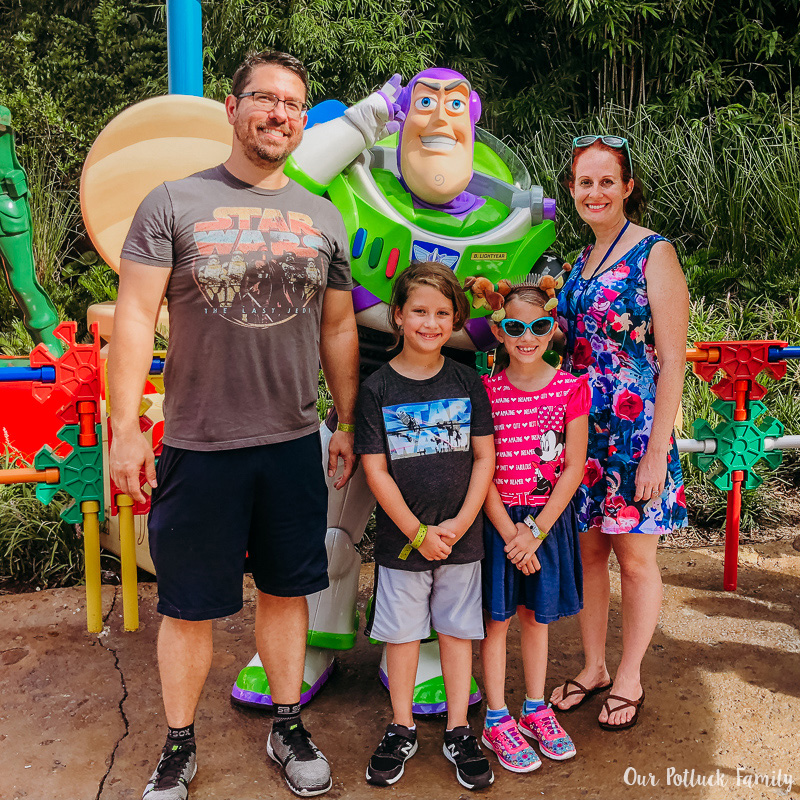