This post was sponsored by Fresh From Florida as part of an Influencer Activation for Influence Central, however all opinions expressed are my own.

These Mexican Stuffed Peppers with Walnut Cream Sauce are based on a traditional recipe from Puebla, Mexico, the site of the battle that is celebrated on Cinco de Mayo.

The focus of this blog has always been on family traditions and updating classic dishes by simplifying the preparation without diminishing the integrity. I have shared the meaning behind and traditions of Cinco de Mayo on my blog before, as this is a holiday often celebrated in a way that is inconsistent with its purpose. 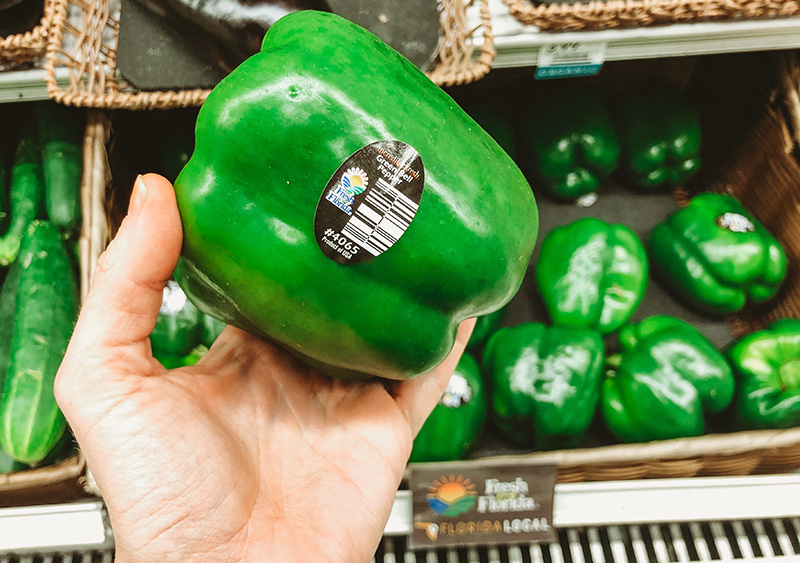 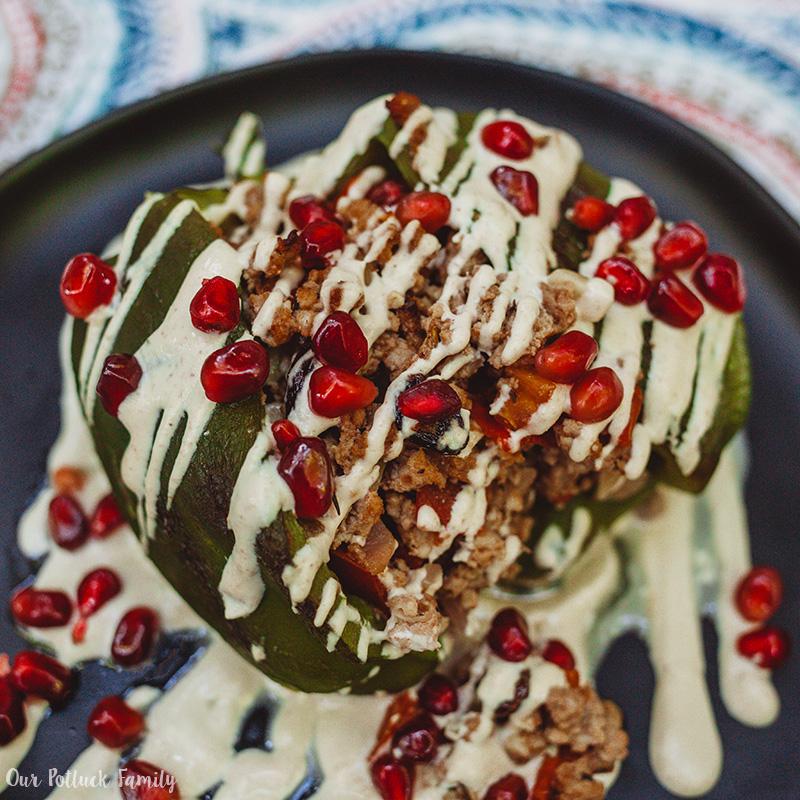 Begin by gathering your ingredients. This recipe is such an interesting blend of sweet and savory ingredients, as many traditional Mexican recipes are. When you look up the traditional recipe – Poblanos de Nogada – you will find everyone puts their own twist on it. I saw recipes with dried apricots, fresh peaches, fresh apples, different spices, different nuts, so I selected the combination that I thought would work best with these Fresh from Florida bell peppers I picked up at Publix. The first step in this recipe is to brown your ground pork in a saute pan and set it aside. 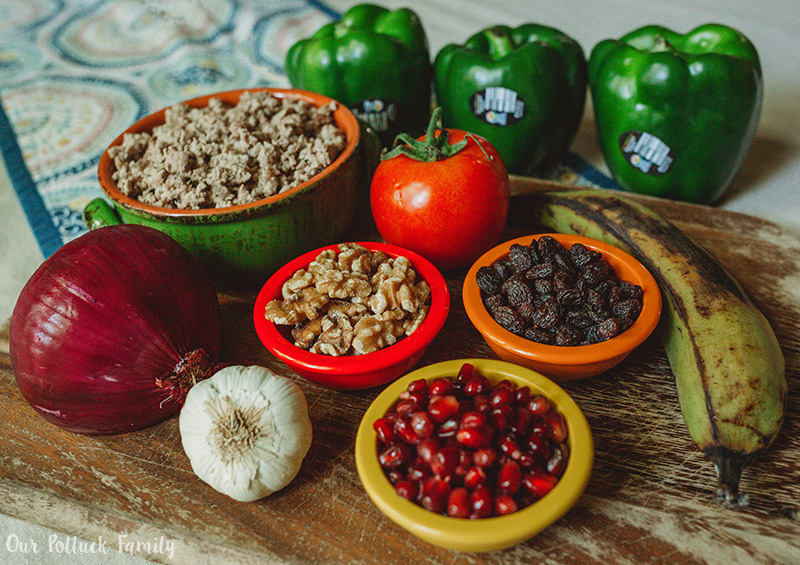 While your ground pork is sauteing, you will need to roast your peppers. To roast your peppers, turn your oven to the highest “broil” setting. Coat the peppers in olive oil, season with salt and pepper, and place them on a cookie sheet. Broil the peppers for about 10 to 15 minutes, rotating the peppers as they cook. They will be ready when the skin looks charred  like the image below. Allow them to cool, peel the skin, slice down the center of one side, and remove the seeds. 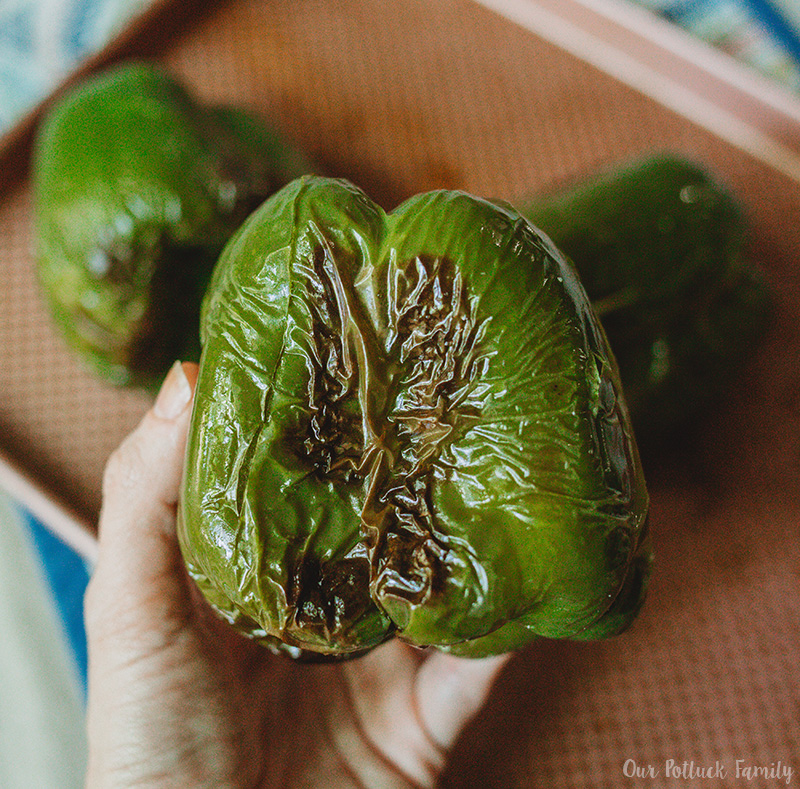 Add the tablespoon of olive oil and diced onions to a saute pan. When the onions begin to appear translucent {about 5 minutes}, add the diced tomato, diced plantain, raisins, garlic, apple cider vinegar, cinnamon, cloves, thyme, and nutmeg. Saute for about 5 minutes, until the tomatoes and plantain begin to break down. Add the almonds and crumbled queso fresco, season with salt and pepper, and set aside to cool. 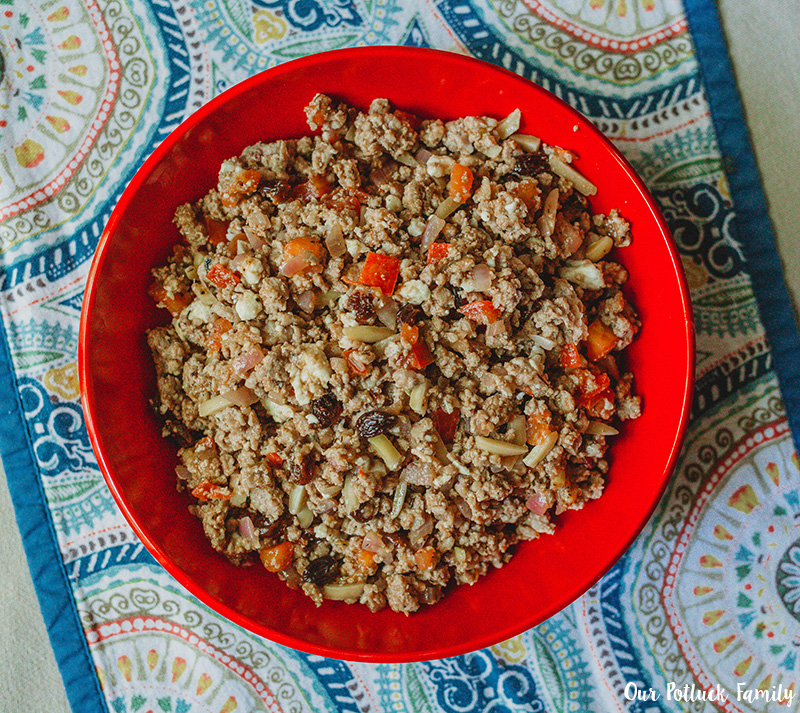 Preheat the oven to 350 degrees F. Now you are ready to stuff the peppers! Fill each pepper well with the ground pork mixture. I like to be able to see the mixture inside, so leave them open as they are below. Bake them about 10 minutes, just so that the flavors of the peppers and filling meld together well. 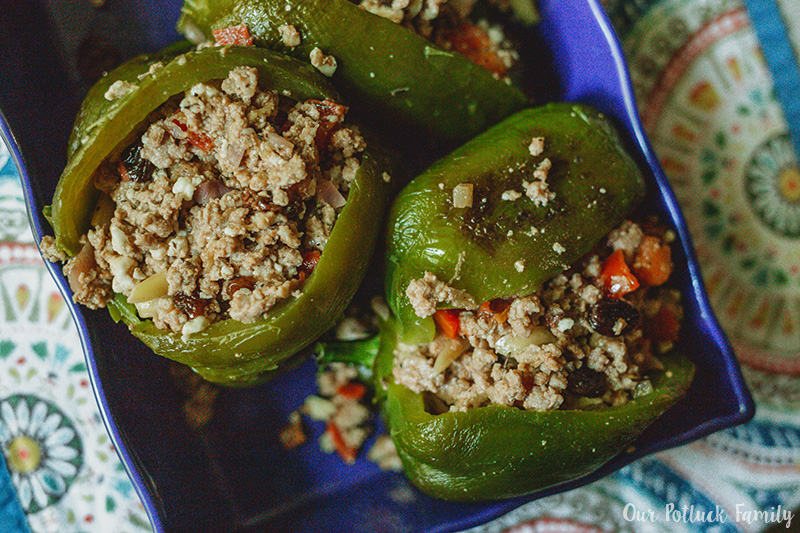 To make the sauce, add the milk, walnuts, and queso fresco to a high-speed blender, and blend until a smooth puree has formed. Add the puree to a saucepan to heat through. Remove the peppers from the oven, add a nice drizzle of the walnut cream sauce, and your peppers are ready to serve! 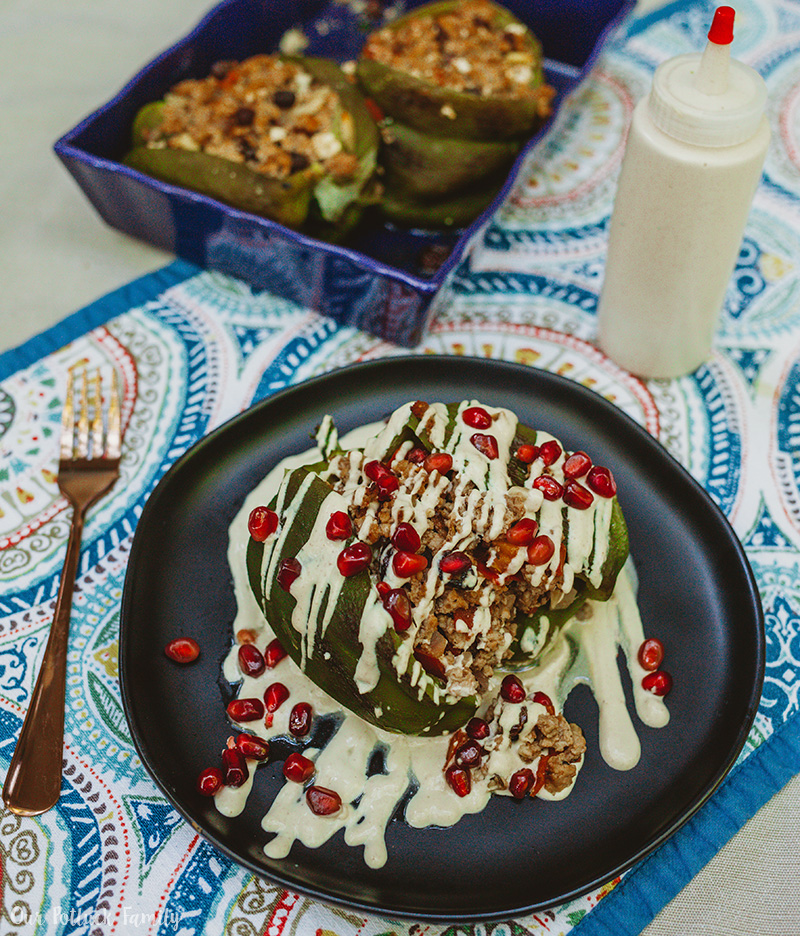 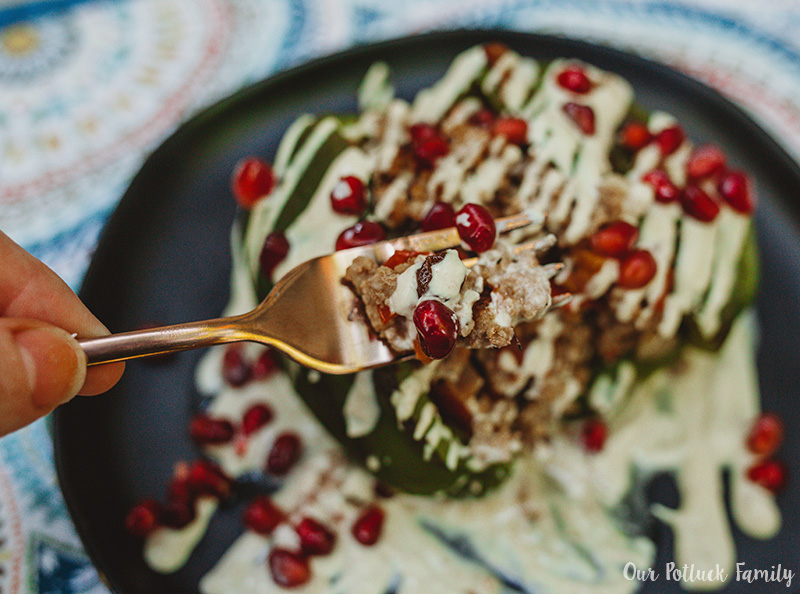