An overview of special education law, how this impacted Parkland shooter Nikolas Cruz, and solutions to keep schools safe.

Yesterday, March 24th, 2018, was March For Our Lives, an international event initiated by the students at Marjory Stoneman Douglas High School in Parkland in the aftermath of the tragic death of 17 of their peers at the hands of a truly ill individual. I attended my local event in Gainesville, Florida, where I met with local politicians, listened to Marjory Stoneman Douglas High School alumni speak, and felt empowered to make the changes necessary to keep schools safe. The focus of this march was primarily gun safety, an issue I’ve spoken up about at every opportunity for many years, but now that the march is over, we need to broaden this discussion to really look at the issues facing public schools specifically. Many of the most pressing issues preventing schools from feeling safe have little to do with gun violence, but are directly tied to the services and required funding provided to our school’s most vulnerable populations. 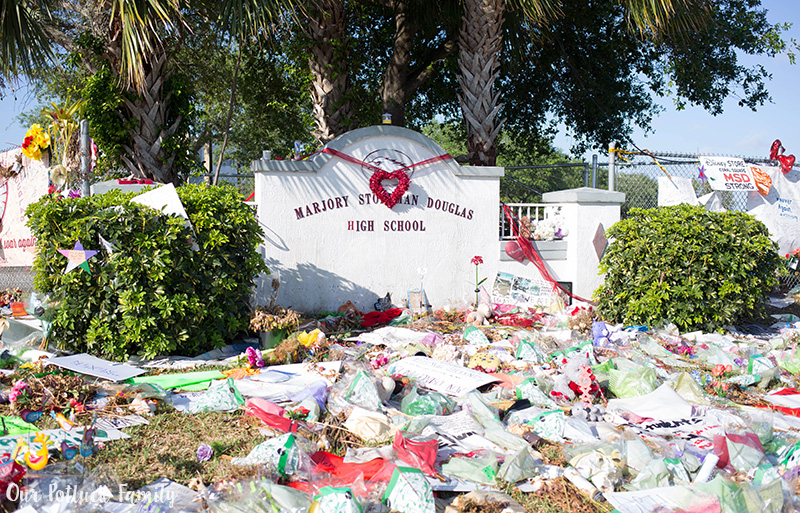 When I was working toward earning my doctorate in special education, I took two classes on special education law. Quick history lesson: in 1975, Congress passed Public Law-94142 – the Education for All Handicapped Children Act (EHA). This was the first law to guarantee educational services to all children with disabilities. Through extensive case law, additional provisions were added to provide support services to children with disabilities. The result? The Individual with Disabilities Education Act (IDEA), enacted in 1990.

In order to receive benefits guaranteed under IDEA, a child must meet the eligibility criteria for one or more of the following 14 exceptionalities (explained in more detail here):

Important to note here, these eligibilities do not directly correlate with the Diagnostic and Statistical Manual of Mental Disorders (DSM–5) or medical diagnoses given by primary physicians and/or specialists. For example, a child may have the medical diagnosis of spina bifida. Spina bifida specifically is not one of the 14 exceptionalities listed under IDEA. A child with spina bifida would be evaluated upon entering the school system to determine if he/she is eligible for services, and if so, under which eligibility. Eligibility is needs-based, so one child with spina bifida may qualify for services under “orthopedic impairment” and “intellectual disability” while another may qualify under just “orthopedic impairment”. The same goes for emotional disturbance. That can include a list of mental health issues, such as schizophrenia, bipolar disorder, oppositional defiance disorder, or depression, if it impacts their ability to learn within the general education classroom without additional aids and services.

What does all this have to do with the shooting in Parkland?

If you’ve made it this far, I’m ready to tie all the pieces together. I kept reading that Nikolas Cruz was “kicked out of MSD High School”, and this made no sense to me, as a child with disabilities cannot be “kicked out of” a school, so I did some research.

Once I learned that Nikolas Cruz was identified as a student with a disability, I began by finding a copy of his IEP online to understand his eligibility, what was determined to be the LRE, and services being provided. From what I could gather, it was evident at a very young age that Cruz engaged in socially-inappropriate behaviors and was in need of special education services, as far back as elementary school. While at Westglades Middle School, it was determined that he needed to be transferred to Cross Creek School, a center school for children with emotional disturbances. This implies that the general education setting and isolated settings within his neighborhood school were not considered the LRE to meet his educational and behavioral needs. Here’s an overview of the services provided at Cross Creek:

Cross Creek School offers a highly structured behavioral and educational environment provided by professional, trained, and caring staff. Our staff utilizes specific behavior management systems, which allow the student to experience immediate behavioral success. The student is taught appropriate behaviors and allowed to “practice” both academic and social skills. As the students progress, they gain more privileges and responsibilities and move toward the goal of a less restrictive environment. Each student has individual, behavioral and therapeutic goals as part of an Individual Education Plan. Many stakeholders including students, teachers, parents and therapists develop this plan.

Schools like this often become a stopping ground on the school-to-prison pipeline, but this was not the case for Nikolas Cruz. Cruz was transferred to MSD High School part-time during his freshman year and eventually full-time during the 2015-2016 school year. I’m not sure of how exactly Cross Creek handles this type of situation, but I will assume that he demonstrated the skills necessary for professionals to determine that this isolated setting was not the LRE for Cruz, and that he would be able to access the general education curriculum in his homeschool. When he attended Douglas, he engaged in numerous incidents that required behavior intervention. This is all documented, along with DCF records, police records, FBI records, etc.

I’ve read numerous articles, some of which said schools provided adequate services to him, others that suggest schools could have done more to help him to keep schools safe. Many have questioned why Cruz was 19 years old but could have still been a student enrolled in public schools. According to IDEA, students with disabilities are able to remain in public schools until the year of their 22nd birthday. They are also not allowed to be suspended beyond 10 consecutive days. However, during the previous school year, Cruz (with his mother’s support) refused services legally available to him, rendering the provisions he was guaranteed under IDEA null, when it was recommended that he return to Cross Creek after multiple occurrences of fighting, use of profanity, and assault at Douglas. This meant he was no longer eligible to receive academic services (e.g. accommodations/modifications to the general education curriculum, like extended time to complete assignments, small group testing setting), behavioral services (e.g. mental health counseling, social skills training), and transition services (e.g. vocational training, on-the-job training, community-based instruction).

It is amazing that we have so many laws in place to protect both children with disabilities AND the peers/staff with whom they interact daily. However, when families have the right to refuse to participate in the very legislation designed specifically for our most vulnerable (and potentially most dangerous) students, we put everyone at risk. Around 2006-2007, I worked in an elementary school within minutes of MSD High School. A boy began kindergarten that school year. He would engage in high-magnitude aggressive behaviors, such as throwing classroom supplies and furniture. These behaviors led to room-clears to ensure the safety of the other students in this classroom. The school contacted the parents to evaluate the child in order to develop an IEP. The parents refused services because they were military and did not want their child to be ‘labeled’. This family’s rights to refuse services infringed upon the safety of all of the other children, not only in this classroom, but in this entire school.

As for Cruz, once he denied himself the services he needed, it became a waiting game – one high-magnitude behavioral incident, and he could be expelled. Of course this occurred, and of course MSD transferred him out of the school to an alternative placement for drop-out prevention students, completing online coursework to graduate, without support services. It sounds as though he dropped out of this program.

This “wiping our hands clean of a problem student” happens often. Here’s another situation that occurred at the same school I mentioned above. We had a 4th or 5th grade student there who wrote a hit list of the teachers/peers he wanted to kill. This student was not zoned for the school where I taught, so when this incident occurred, the solution was to move him back to his homeschool. We wiped our hands clean. Problem solved, right? Well, have you heard the expression “like putting a band-aid on cancer”? Because more often than not, we do just that in public schools. What structures do we have in place to help these at-risk students actually succeed? What are we doing to create a network of comprehensive services within schools, homes, and the community once these students have been identified?

Shortly after this happened, I attended an important PTA meeting for Alachua County Schools, where my husband works and my children attend elementary school, and I had the opportunity to speak with local sheriffs and our local Florida representative. I also spoke with my children’s SRO, and I learned something very important: there is a huge internal breakdown between government agencies. The Department of Children and Families, the FBI, local police, and educational institutions do not have access to each other’s records. They also don’t have access to medical records. We have seen article after article about how “authorities knew about him”, but if one incident is reported to the FBI, one is reported to local police, one is reported at school, one is reported to DCF, etc. and none of these entities communicate with one another, they all appear to be isolated incidents, not a clear pattern of dangerous behavior. 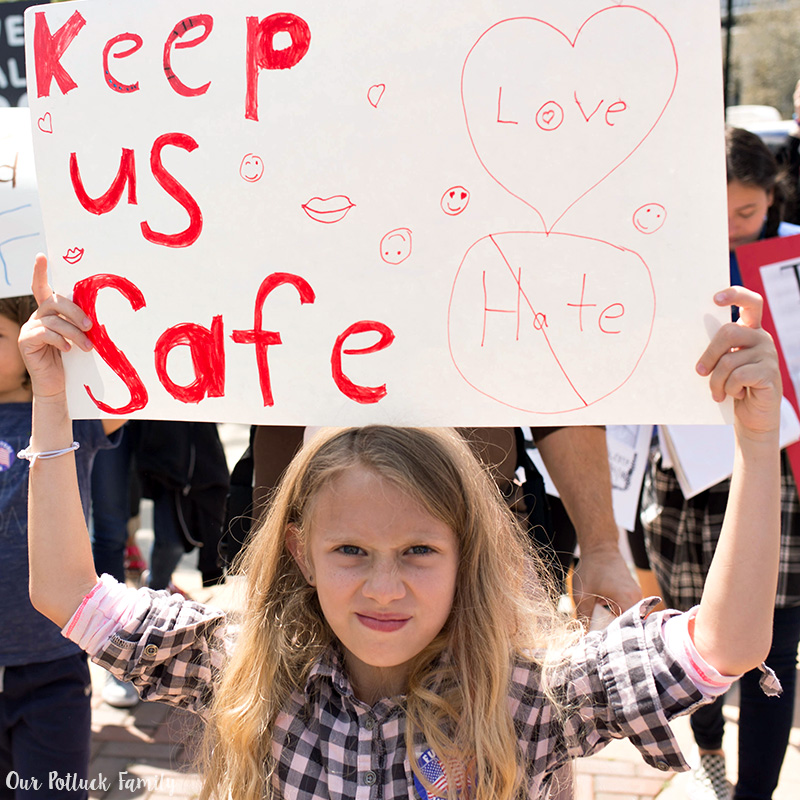 Gun control. That’s been our main political focus, and it’s a good focus to have. Children should go to school and arrive home every single day. They should not die when a former classmate decides to spray bullets at his peers. Rick Scott and the Florida State Congress quickly responded to the requests of those who were directly affected by the Valentine’s Day incident by passing the Marjory Stoneman Douglas High School Public Safety Act, and while I applaud them for that, their efforts were merely a starting point and certainly not a comprehensive solution to prevent either daily occurrences of socially-inappropriate behavioral outbursts in school or the rare occurrences of high-magnitude violence. Because while we were all concerned about gun safety measures – myself included – we missed out on something incredibly important: Congress stripped many of the provisions formerly included within the Americans with Disabilities Act.

If we can that identify the majority of violent measures toward students within schools are enacted by students themselves, then the problem lies within the services we are providing to those students. Here are some suggested solutions to this problem:

That’s a real start to keep schools safe. A start that receives limited media attention because the laws, their provisions, and allocated funds are not known by the general public. Yes, gun safety. Yes, single-point entry into schools. Yes, crisis training for teachers. But when we know those performing criminal acts are often present within the schools already because they are students, we need to do more to identify and assist these at-risk students to keep schools safe.

While this is politicized, it is not a bipartisan issue; it is a legal obligation to our future. Keep schools safe. 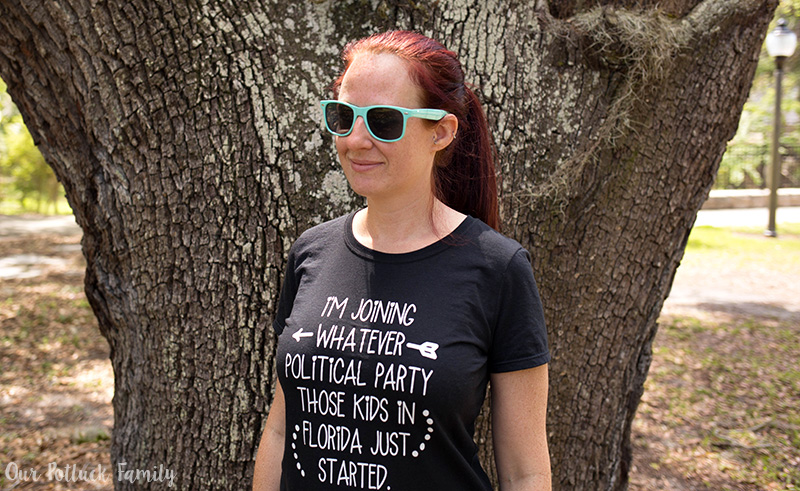