For my Forever Valentine –

The contrast is this: most couples begin, continue, and even end their relationships based on a set of fairly finite rules.  These are unspoken rules, but they are followed, accepted, conventional, and understood.

My wife, the writer of this blog, is known by many names: Huppiemama, Mommy, Dr. Wells, Mrs. Wells.  She is a Daughter, a Mother, a Sister, a Wife, a Friend; she is a Director, a Teacher, a Writer, a Cook, a Photographer, an Accountant, an Activist, an Advocate.

She has meant more and done more for more children and more families than most people could expect of themselves in a lifetime.

You could take all of her accomplishments, and all of her contributions, and all the roles she has filled in so many people’s lives, and you can combine them all and get a vivid picture of who she is.

But that picture pales in comparison to the Carrie that I see every day.

Carrie has to-do lists for her to-do lists and likes when I get her water at night.  Carrie loves to feel in control but lets me drive all the time.  Carrie will be the first to point out an issue but also always the first to offer a solution.  When Lydia or Bryce or I hurt, Carrie hurts.  When we succeed, Carrie revels in our successes.  When we fail, Carrie encourages us to learn rather than trudge in the muck of regret.

Carrie has helped me become a better Teacher, a better Brother, a better Father, and a better Man.  And Carrie has done all this with an unbelievable grace.  And all she asks for in return is love.

Without knowing it, Carrie has done what Emerson once suggested: “Give all to love; obey thy heart.”  It is the only rule by which Carrie lives her life, and it is the rule I have learned by watching Carrie and marveling at everything she has been, and is, and will become.

Carrie – today and every day I give all to you, my now and forever love.  Happy Valentine’s Day. 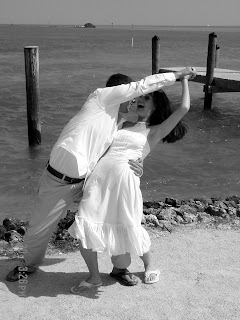