I always enjoy telling the story about football and my freshman year of college. It was 1997, and I was living on campus at the University of Florida. High off their 1996 National Championship win, Gator Football was life for UF students {and pretty much everyone living in Gainesville}. But me? I did not know a thing about football. I couldn’t even tell you the difference between college teams and professional teams. I didn’t know who our rivals were or even what day of the week games were played. So I was walking around campus one beautiful fall Saturday. I crossed the street to grab some food at a local fast food Chinese joint and wondered why campus resembled a big box store on Black Friday. The traffic was absolute madness and people were setting up tents and grills on campus like they were on a camping trip in the woods. WHY? Well, as the day progressed, I continued to enjoy the outdoors, wandering campus with a friend, and in the late afternoon, I went to the mailroom in my dorm. There was dead silence there except for the student employee who was watching something on TV. He asked me if I was watching the game. The game? What game? Apparently it was the FSU-UF game. I said I didn’t watch football, and he said “Then why do you go to UF?” In what was likely a band t-shirt, big jeans, and some Converse One Stars, I mumbled “to learn” and went on with my day as if nothing major was happening {cue the “La la la la la” Daria theme song}. 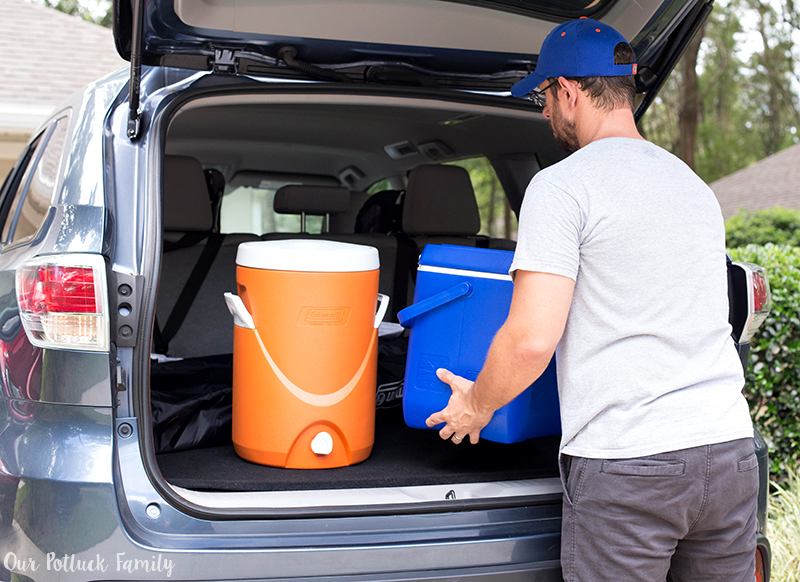 Well, fast-forward 20 years. I moved back to my beloved town of Gainesville with my husband and two kids in June, and you know what we are totally ready for? College football tailgating at the University of Florida! And clearly I’ve learned a few things since 1997. We packed up the care with our Coleman cooler filled with snacks and our Coleman 5-gallon team cooler filled with ice water, and we headed just a few minutes away to campus. 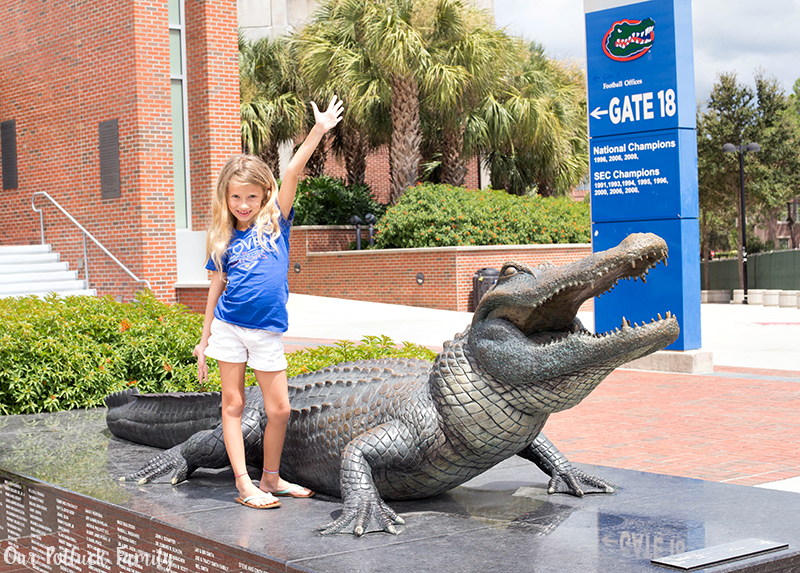 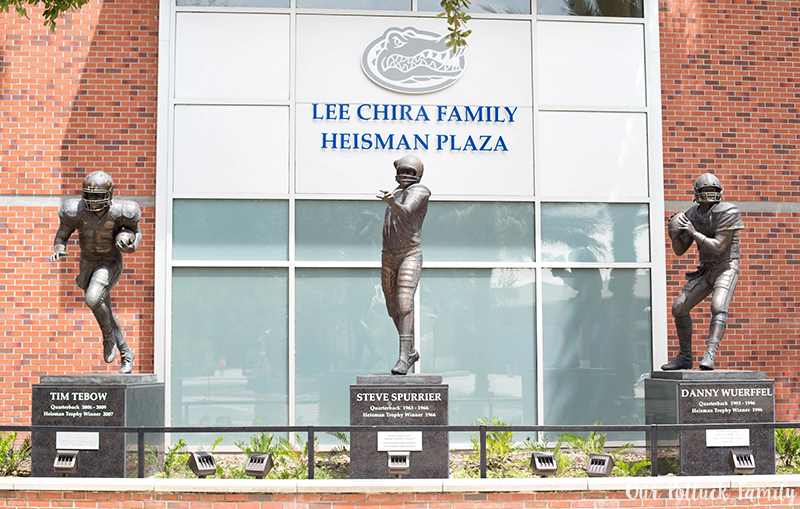 I found a spot on campus that looked like a chill place to tailgate with my family. We set up our cooler, water jug, and chairs. These Coleman chairs unfold in just seconds. They are quite wide, so they can comfortably seat anyone. There is cup storage in one arm rest and a zipper pouch for personal belongings {keys, wallet, smartphone} in the other arm rest. These are definitely a tailgating essential! 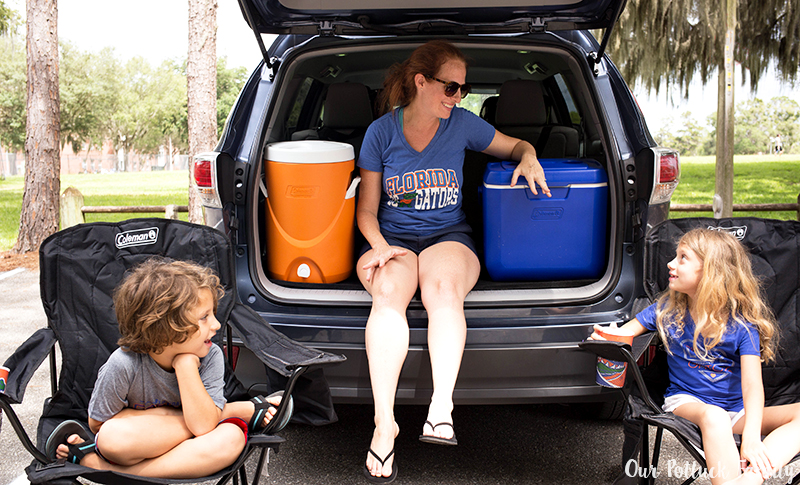 Since the kids stole both chairs, I was stuck in the trunk, which was actually a pretty nice seat, with easy access to both the water cooler and food cooler. I think that’s a tailgating win right there! 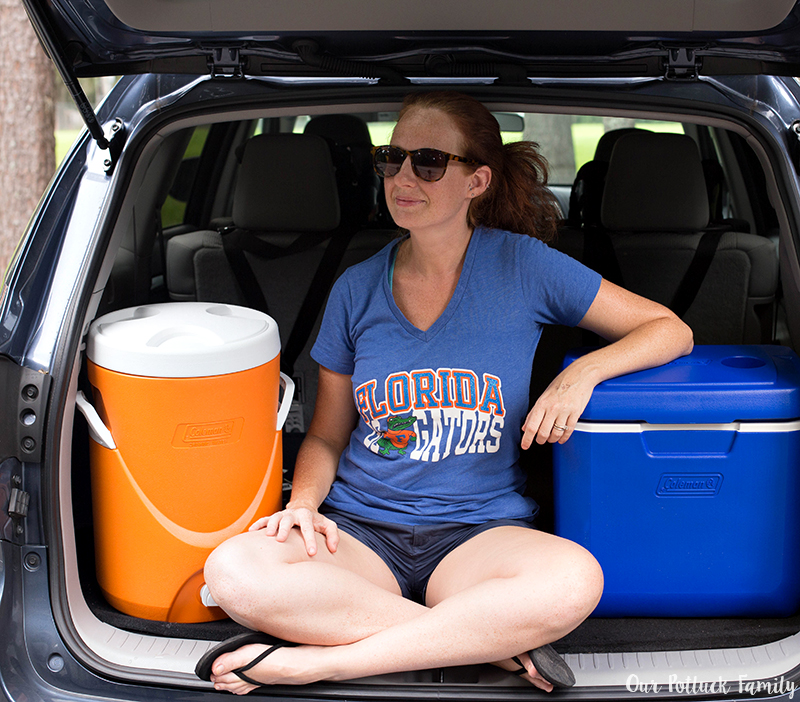 Today was the day for teaching Lydia the Gator CHOMP! She was a natural. At 7 years old, I think she’s ready to be a student at the University of Florida… or perhaps a cheerleader! As for Bryce, he just wanted to chill with a cup of water and a tasty snack. I can’t blame him! 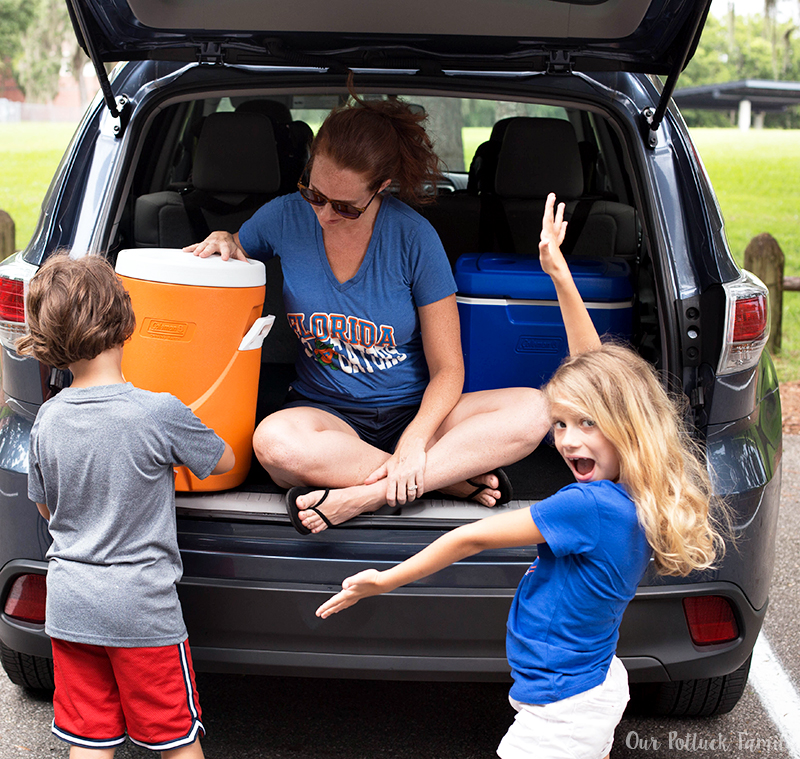 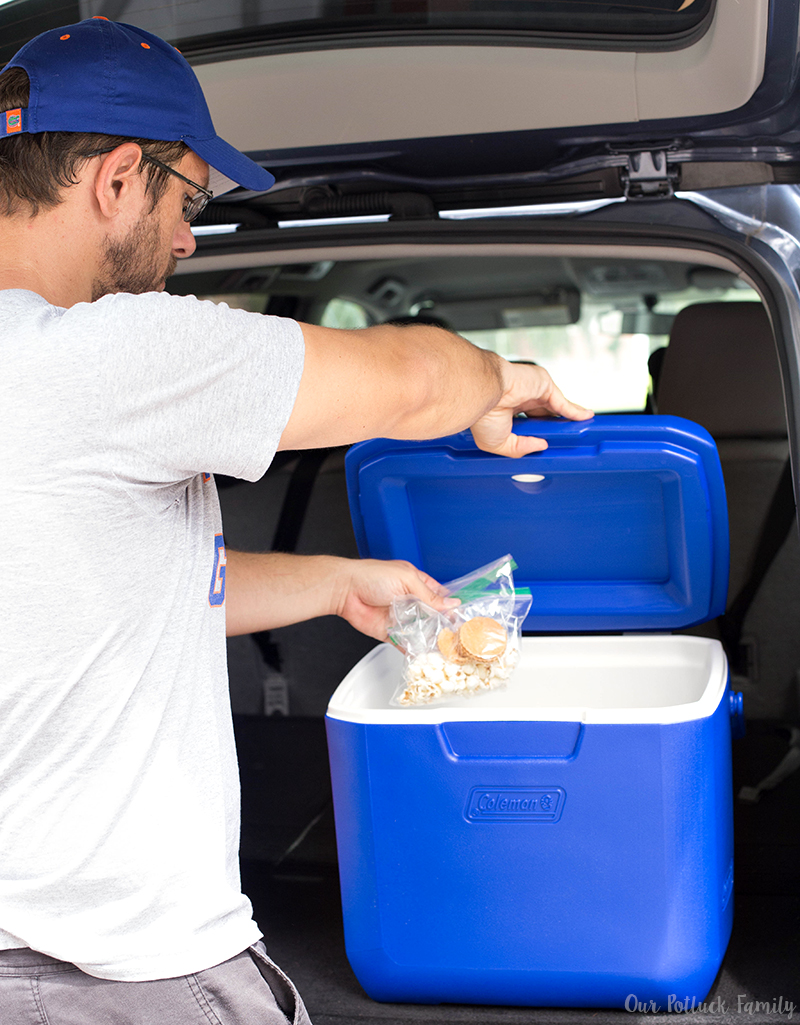 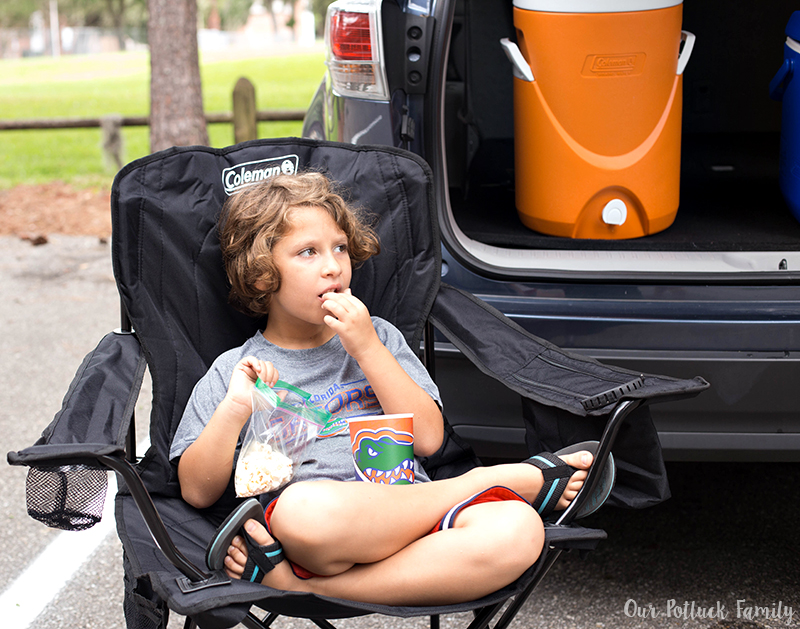 This water jug is great – It holds 5-gallons at a time, which is perfect when you’re spending the day outdoors. We grabbed a few Gator cups from Walmart when we picked up our Coleman products that were shipped site-to-store. 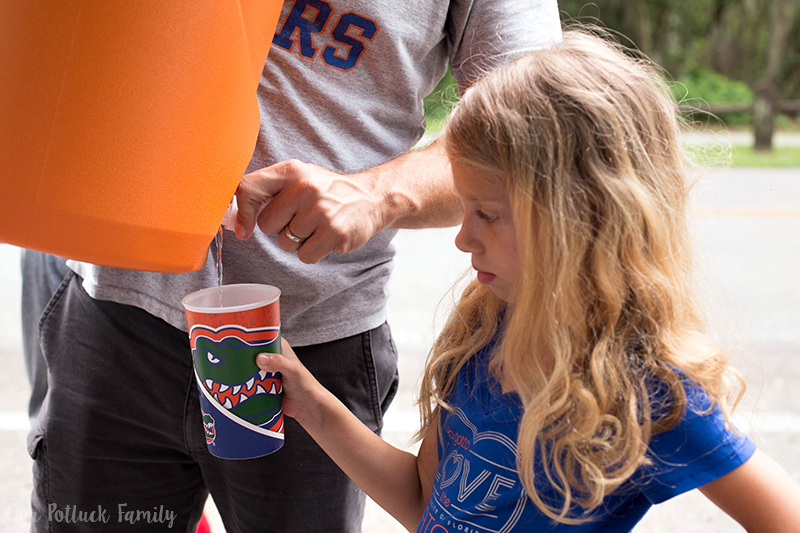 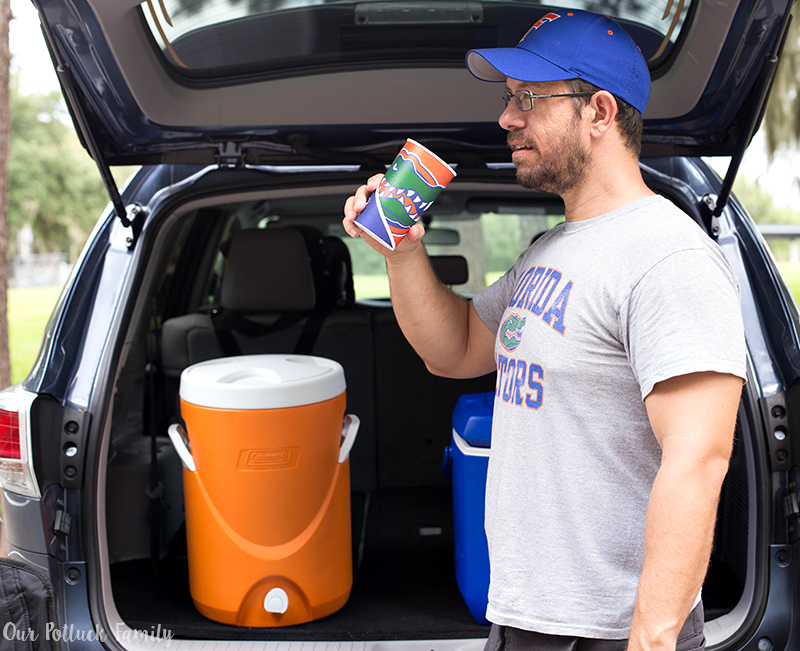 Living just minutes from campus is pretty awesome. We moved during the quiet time of the year, but I know things will pick up very soon when the fall semester begins and the college football season kicks off. Gainesville will transform from a quiet town in the suburbs to a lively and spirited college town. 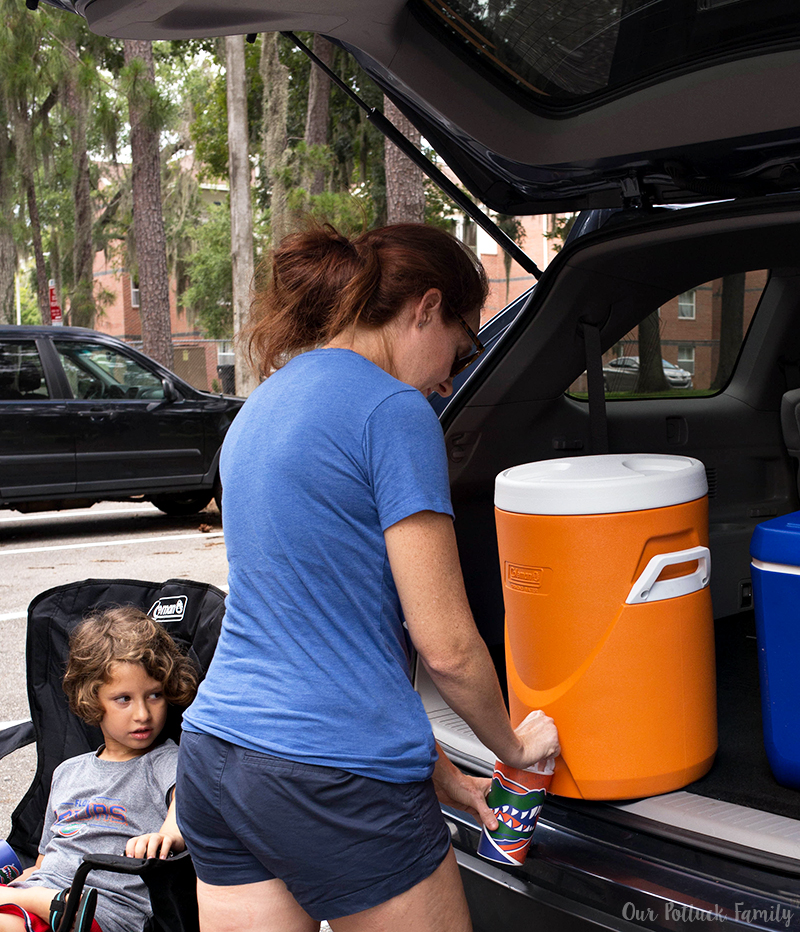 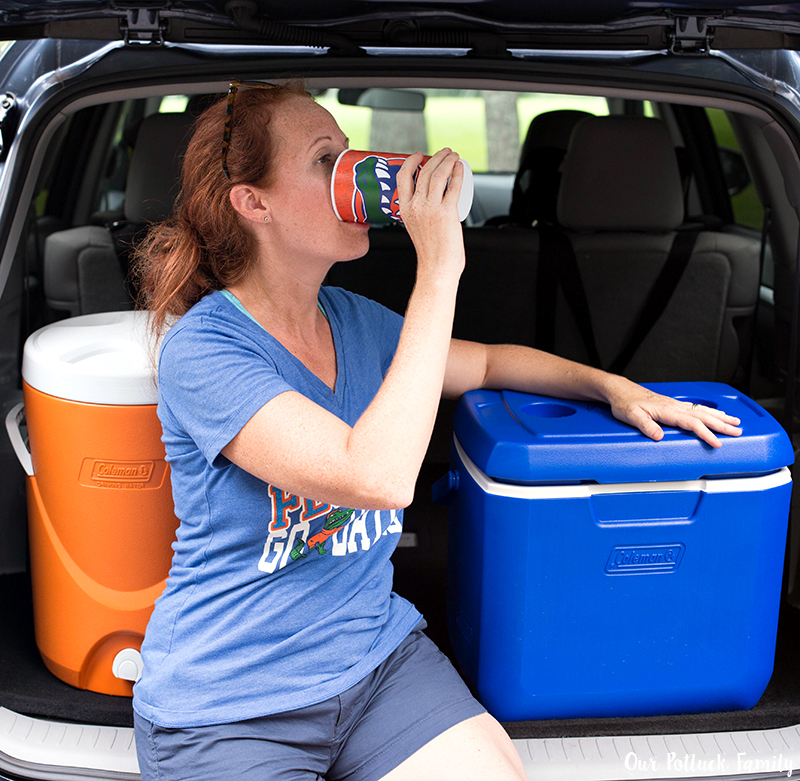 So how did I purchase these awesome Coleman tailgating essentials? Well, I began by shopping Walmart.com. I selected the items that were right for my family, and selected site-to-store so that I can pick them up when notified {this is a great free service}. 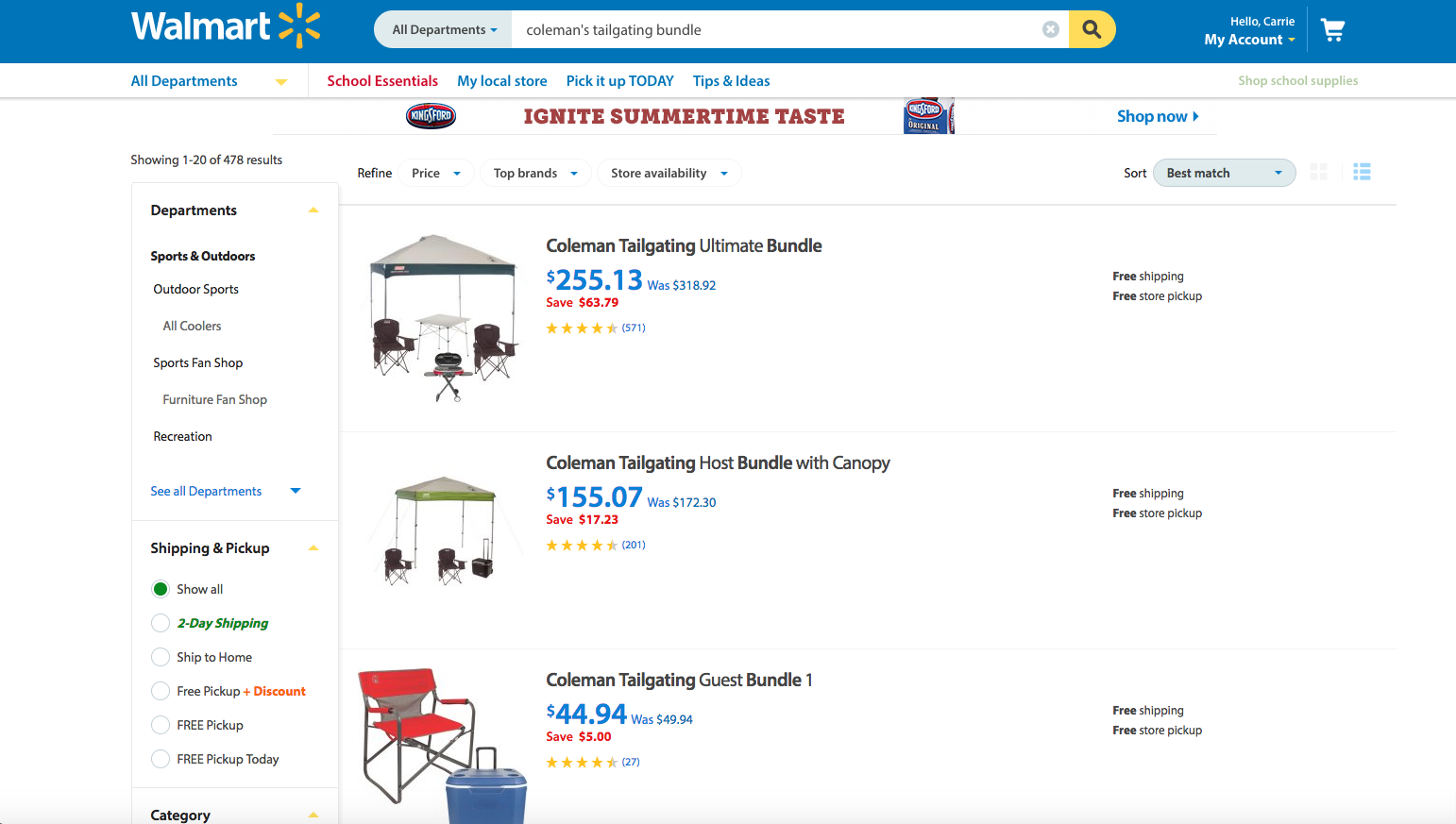 I received an email notification a few days later that my items had arrived, and I drove just 10 minutes to my local Walmart to pick them up. Easy as that! Can you tell that Walmart is ready for Gator football season?

What are your tailgating essentials and what college team are cheering for this fall? 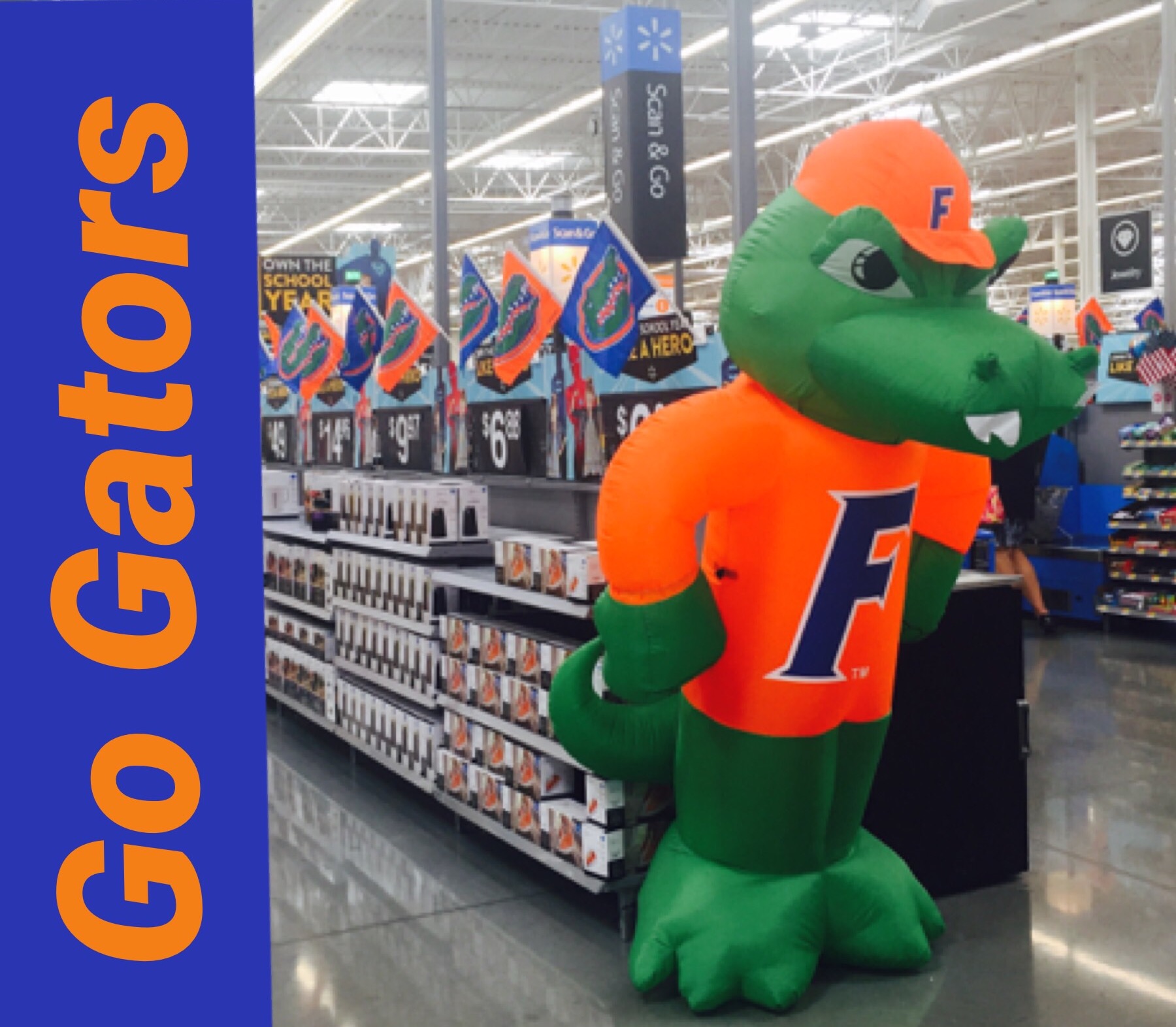